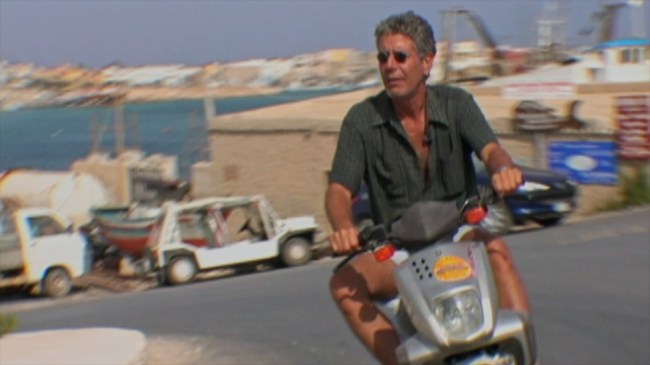 A new feature documentary about the life of the late Anthony Bourdain, titled Roadrunner: A Film About Anthony Bourdain, is in the works from Academy Award-winning director Morgan Neville. Neville previously directed the acclaimed Mr. Rogers documentary Won’t You Be My Neighbor? and the Oscar-winning 20 Feet from Stardom.

Here’s the official announcement of the project, via Focus Features:

A documentary about the uncommon life of the late storyteller, explorer, and chef, Anthony Bourdain. The film will have its world premiere at the Tribeca Film Festival on Friday, June 11, 2021.

The documentary is directed by Academy Award® winner Morgan Neville (20 Feet from Stardom, Won’t You Be My Neighbor?). Focus Features will first release the documentary exclusively in theaters on Friday, July 16, 2021 before the film premieres on television on CNN and streams via HBO Max. CNN Films and HBO Max executive produced the film. Neville and Caitrin Rogers are producers of the film under Neville’s Tremolo Productions.

One of the preeminent American chefs during the 2000s, Bourdain achieved widespread fame for his world-travel television series No Reservations, which aired from 2005-2012, and Parts Unknown, which aired on CNN from 2013 to 2018. Bourdain was in Strasbourg, France filming an episode of Parts Unknown when he tragically took his own life.

At this time, it’s unclear when exactly Roadrunner: A Film About Anthony Bourdain will hit HBO Max. With the film hitting theaters in July, though, it wouldn’t surprise me if it was streaming on HBO Max by August. We’ll keep you posted.

‘Roadrunner: A Film About Anthony Bourdain’ — a documentary about the beloved late chef from Academy Award winner Morgan Neville (‘Won’t You Be My Neighbor?’) — will hit theaters on July 16.

The doc will then stream on HBO Max.