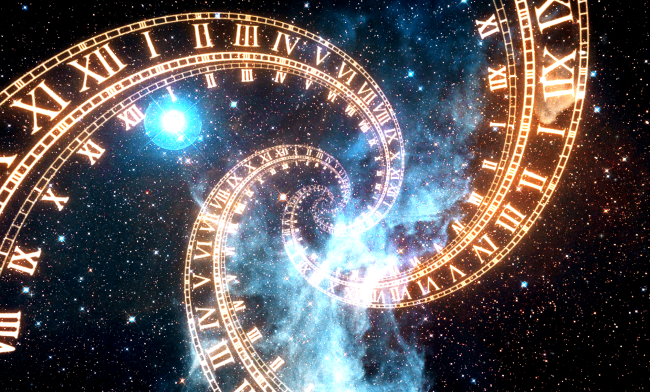 A new study published in the journal Annals of Physics puts forth the theory that an “anti-universe” where time runs backwards might exist next to ours.

The theory claims that this mirror-image universe has been around since before the Big Bang that it was inverted by the Big Bang, creating the universe in which we currently reside.

The reason why these physicists believe this “anti-universe” may exist has to do with something called charge, parity, and time (CPT) reversal symmetry.

CPT symmetry is a physical law where all matter is replaced by anti-matter that evolves exactly under our physical laws.

Physical interactions obey most of these symmetries most of the time, which means that there are sometimes violations. But physicists have never observed a violation of a combination of all three symmetries at the same time.

The scientists state that their study investigates “the idea that the universe before the Big Bang is the CPT reflection of the universe after the bang, both classically and quantum mechanically.”

“The universe before the bang and the universe after the bang may be viewed as a universe/anti-universe pair, emerging directly into the hot, radiation-dominated era we observe in our past,” they continue. “This, in turn, leads to a remarkably economical explanation of the cosmological dark matter.”

This proposed dark matter would behave the opposite of the three currently known types of neutrino: electron-neutrinos, muon-neutrinos and tau-neutrinos, all of which spin to the left.

“All other particles known to physics have both left- and right-handed varieties, so physicists have long wondered if there are additional right-handed neutrinos,” Paul Sutter of Live Science states.

An “anti-universe” would require at least one of these types of neutrinos spinning in the opposite direction, but it would be undetected in physics experiments and could only interact with the universe through gravity. Therefore, right-spinning neutrinos that appear in our universe could explain dark matter physicists have detected.

We can’t access this “anti-universe” because it exists before the Big Bang, but the study posits that the right spinning particles could be invisible in our universe. Scientists do know, however, that dark matter also cannot be seen and interacts with gravity in a similar fashion.