Man Who Lost His Foot In An Accident Recognizes An Item On ‘Antiques Roadshow’, Then His Life Changed Forever 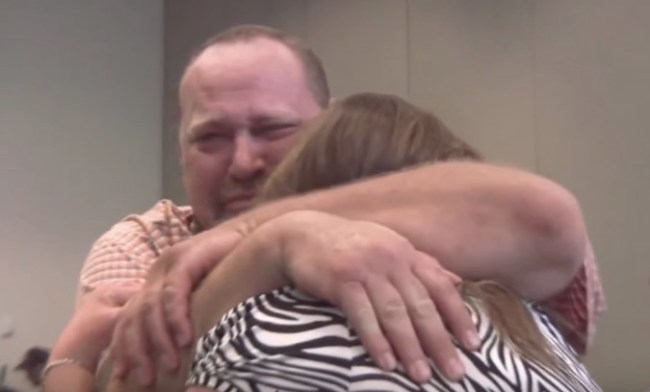 I don’t know what it is about Antiques Roadshow clips. I’ve never seen a single episode of this show on TV, but when it comes to the ‘feel good’ clips like this on YouTube I’m a total sucker for ’em. I’ll watch pretty much any Antiques Roadshow segment online that shows an unsuspecting person striking oil.

This man who goes by ‘Big L.T.’ because he’s 6’7″ lost his foot in a car accident. He now lives off an $839/month disability check and walks around with a prosthetic leg. Big L.T. was watching Antiques Roadshow when he recognized an item. It was a rare hand-woven Navajo blanket. The one in the show was worth between $350,000 to $500,000 depending on the condition/auction. When Big L.T. saw that item he realized there was one in his family that’d been passed down through the generations, he had NO IDEA that it could be worth an actual fortune:

So he reached out to a local antique appraiser to see if the Navajo First Phase Weaving Blanket was legitimate. The appraiser told him it was probably woven prior to 1850. Even back in 1860, a blanket like this would’ve cost a high-ranking military official up to 4-years salary.

This man who had lost his leg and lives on $800 a month was told his blanket was worth around $50,000. That’s life-changing money to a man like him whose life has been flipped upside down…But things got better. They sent the fibers off from the blanket to have it tested and it came back that the blanket was worth between $100,000 to $200,000….But things weren’t over yet, it still had to go to auction. When the dust had settled, Big L.T.’s Navajo First Phase Weaving Blanket sold for ONE POINT FIVE MILLION DOLLARS. (h/t r/videos)