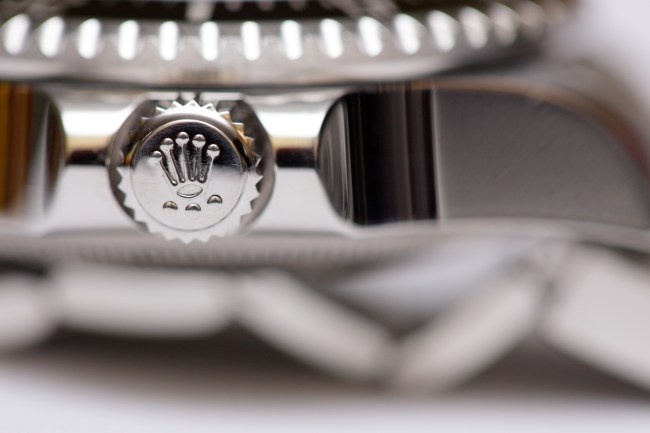 An episode of Antiques Roadshow was recently filmed at ‘Bonanzaville’ in Fargo, North Dakota. The clip isn’t online yet because that episode is set to air on PBS on January 27th (tonight) but this story is going to be everywhere this week because it’s almost unbelievable.

When the episode airs, viewers will be treated to one of the most unbelievable finds in Antiques Roadshow history. A United States Air Force veteran who was stationed in Thailand in the 1970s purchased a Rolex back then for $345.97. He has all of the original paperwork and the watch was never worn.

UPDATE with a clip from the show:

He tells them his military salary back then was only $300-$400/month so this was a pretty massive purchase for him but he says he regularly flew on American and Continental Airlines back then and would always see the pilots wearing Rolex watches so purchased one for himself. Flash forward to present day and the watch is worth a legitimate fortune.

Though he originally purchased the Daytona with the intended purpose of SCUBA diving, he decided that his watch was far too nice for that activity, and far too nice even to wear. It sat in a safety deposit box for decades, along with a warranty paper that was never filled out or numbered, the original brochure, two receipts (one for the order and one for the payment), the original box, and even the original outer box.

When the appraiser told him that a watch like his could expect to earn $400,000 at auction, he fell to the ground. But that’s not all. The appraiser added that since the watch was unworn and still had all of its documentation, and even the sticker on its back, he could expect it to sell for $500,000 to $700,000, just as long as it remains unworn.

Hodinkee‘s writeup on that watch refers to it as “perfect” and “the most desired, most beautiful, and most expensive standard Paul Newman Daytona around.” This is one of the ‘holy grail’ Rolex watches in existence and the fact that this one has gone all these years unworn is just wild.

You can click here to read all about this crazy watch revelation on Antiques Roadshow or you can set your DVR/tune-in to PBS tonight to watch this all unfold.