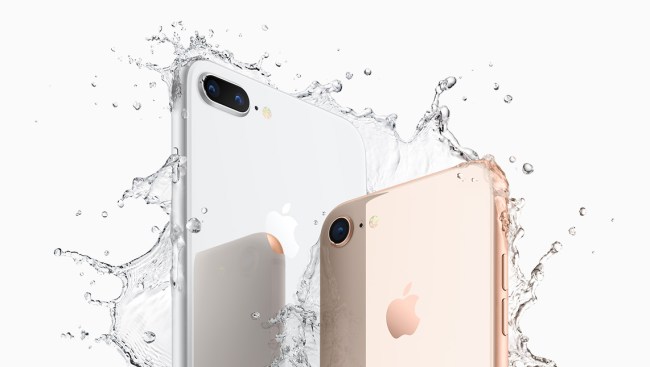 The iPhone 8 hit stores today, and that means it was released in Australia yesterday because of the change in time zones. Typically, whenever a new iPhone is released there are comically long lines of Apple Fan Boys camping out overnight (for up to a week) to get their hands on the new iPhone.

This time around, Apple devotees are in a unique situation because there are two iPhones being released, the iPhone 8 and iPhone X. The iPhone X begins shipping on November 3rd while the iPhone 8 hit stores today (September 22nd). Those lines that are usually present outside of Apple stores were nowhere to be found. In fact, the lines were so sad and pathetic that they were trending on Twitter Moments:

Doors about to open at the @Apple store in Sydney for #iPhone8 #iPhoneX launch pic.twitter.com/rtFsS8c5YF

Care factor for new iPhone appears to be low in Bondi.. pic.twitter.com/MiZZH8Z9TX

This is the extent of the line up for the new iPhone in Brisbane. Just a dozen deep. Clearly not as much excitement as in previous years. pic.twitter.com/iJGg6S3k3Z

Tech geeks gear up for the sale of iPhone 8…staff at Chadstone outnumber those lining up as customers turn to online queues. @tennewsmelb pic.twitter.com/PSFFf4nkyc

I think it’s safe to assume that a lot of people who are planning on upgrading to the new iPhone, myself included, are planning on getting the iPhone X because it’s a better phone/machine than the iPhone 8. I can’t conceive of a world where someone would sleep on the sidewalk overnight for a second tier phone. Still, it’s kind of hilarious to see this iPhone 8 launch as a flop for Apple when they’ve been on fire for over a decade.