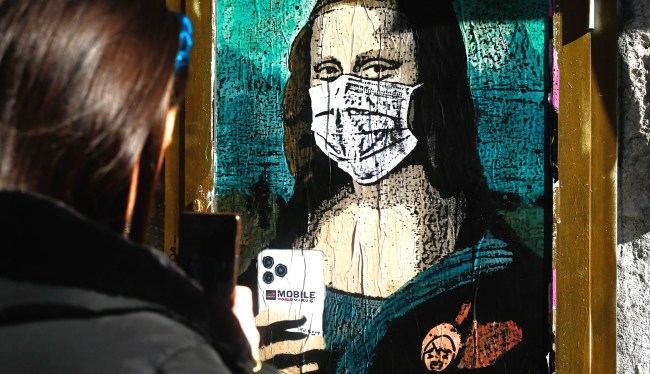 The human toll of the coronavirus outbreak has reached frightening proportions and now companies with large interests in China like Apple and Nintendo are now warning that supply shortages are expected as a result of the epidemic.

On Monday, Apple announced in a statement to investors that they are expecting the coronavirus outbreak to cause shortages in the delivery of iPhones following the end of the extended Chinese New Year holiday.

Work is starting to resume around the country, but we are experiencing a slower return to normal conditions than we had anticipated. As a result, we do not expect to meet the revenue guidance we provided for the March quarter due to two main factors.

The first is that worldwide iPhone supply will be temporarily constrained. While our iPhone manufacturing partner sites are located outside the Hubei province — and while all of these facilities have reopened — they are ramping up more slowly than we had anticipated. The health and well-being of every person who helps make these products possible is our paramount priority, and we are working in close consultation with our suppliers and public health experts as this ramp continues. These iPhone supply shortages will temporarily affect revenues worldwide.

The second is that demand for our products within China has been affected. All of our stores in China and many of our partner stores have been closed. Additionally, stores that are open have been operating at reduced hours and with very low customer traffic. We are gradually reopening our retail stores and will continue to do so as steadily and safely as we can.

Also on Monday, it was revealed on Bloomberg.com that Nintendo is expecting the coronavirus outbreak to affect the production and delivery of Switch consoles to the United States and Europe.

Limited component supply coming out of China is affecting output at a Nintendo assembly partner’s factory in Vietnam, which the gaming giant primarily uses to build consoles for the U.S., said the people, asking not to be named because the details are private. A shortage of components this month would affect Switch units scheduled for arrival in April, after existing inventory and current shipments of the console have sold through.

The potential slowdown would deal a blow to the Kyoto-based company, which is preparing to release a major new installment in the hit Animal Crossing game franchise on Mar. 20.

February and March shipments of Switch consoles and peripherals aren’t expected to be affected as they have already been shipped, but suppliers within Chinese factories “expect the virus disruption to last at least a few more weeks before they can resume full operation.”

Speaking on condition of anonymity, they said their primary concern is resuming production too early and finding a coronavirus infection among their returned workers, leading to an outbreak on factory floors.

One supplier said that the supply-demand balance for its component was tight even before the virus outbreak, meaning even a few weeks of reduced production will set it back severely in fulfilling customer orders. The person said they may be forced to decline some orders if customers resume operations all at once and ask for component at the same time.

In related news, the Food and Drug Administration has warned Americans might face shortages of “critical medical products” if the coronavirus outbreak persists, according to USA Today.

For now, however, everything is still running normally in that regard.

“The robust and multi-layered compliance process at the FDA is helping to protect American patients and consumers even though we are not able to conduct inspections in China at this time,” FDA Commissioner Stephen Hahn said in a statement.

Hahn said the agency is “keenly aware” the coronavirus outbreak “will likely impact the medical product supply chain, including potential disruptions to supply or shortages of critical medical products in the U.S.”

The agency has reached out to manufacturers and shifted resources to identify potential medical product shortages. He said the agency is tracking reports of increased orders of medical devices such as masks, gloves, respirators and surgical gowns.

Tom Cosgrove, a former director of FDA’s office of manufacturing quality, said that if FDA inspections of Chinese products can resume “within a couple of months, I don’t think there will be a major impact on the FDA. But if it’s more than a couple months, the FDA could fall behind on its inspection program and it would take a long time to catch up.”