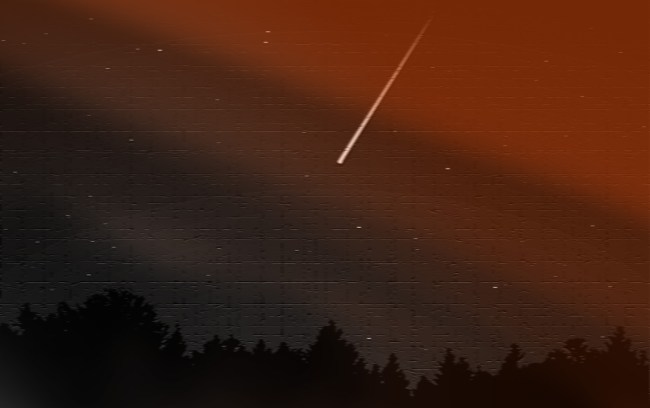 As of Monday, more than 70,000 people have been infected with the coronavirus in mainland China with last Wednesday Wednesday being the deadliest day in the outbreak resulting in at least 242 deaths in the Chinese province of Hubei alone.

One of the biggest questions surrounding the coronavirus epidemic is how did the deadly virus originate?

Chinese scientists have said that despite reports that the coronavirus originated from bats or another animal sold at the Huanan Seafood Wholesale Market in Wuhan, China, in their opinion it was more likely to have started in a laboratory rather than the market.

HOWEVER, a scientist from Buckingham Centre for Astrobiology, Professor Chandra Wickramasinghe, believes that the coronavirus actually originated in a completely different place: space.

Wickramasinghe, a prominent mathematician, astronomer and astrobiologist, told the Daily Express, “The sudden outbreak of a new coronavirus is very likely to have a space connection, the strong localization of the virus within China is the most remarkable aspect of the disease. In October last year a fragment of a comet exploded in a brief flash in North East China. We think it probable that this contained embedded within it a monoculture of infective 2019-nCoV virus particles that survived in the interior of the incandescent meteor. We consider the seemingly outrageous possibility that hundreds of trillions of infective viral particles were then released embedded in the form of fine carbonaceous dust. We believe infectious agents are prevalent in space, carried on comets, and can fall towards Earth through the troposphere. These, we think, can and have in the past gone on to bring about human disease epidemics.”

Did you read that? “Very likely to have a space connection.”

“We believe this could have happened with the novel coronavirus,” he continued.

This isn’t Wickramasinghe’s first rodeo either when it comes to making claims that meteorites are carriers of extraterrestrial microbes, or living organisms, that once on our planet “live in the most inhospitable parts of Earth.”

The good news, sort of, is that Wickramasinghe concludes in a paper submitted to The Lancet that we are more likely to get the coronavirus from a person than from the infected space dust.

The bad news? That fine carbonaceous dust from the October 2019 Wuhan meteorite that infiltrated Earth’s atmosphere may still be falling over cities located beneath its flight path.

“There is growing evidence that says this DNA comes from space and it is carried into our atmosphere on micro-meteorites before dissipating,” Wickramasinghe added. “This disturbing outbreak is due to this, there is no doubt meteorites carry living structures. The pattern of further global spread of the new coronavirus is likely to follow a high level of person-to-person infectivity, the virus will then acquire endemic status.”

So is he right? Did the coronavirus actually originate in space? Are aliens responsible for the deadly outbreak?

Further investigation…
• Astronomers have discovered a strange radio signal emanating from deep space that repeats itself every 16 days
• Mind-blowing new book puts forth theory that UFOs may actually be crafts piloted by time-traveling humans
• New documentary provides a very strong argument that aliens exist and are living among us
• Glowing UFO spotted on NASA live stream of the Space Station sparks more claims aliens are real
• Britain’s first astronaut says aliens definitely exist and they could already be among us
• UFO expert says glass dome inexplicably levitating over meteorite in Russia may have released alien tech
• Navy pilot who filmed USS Nimitz UFO encounter breaks his silence after 15 years
• Top researchers claim U.S. military is covering up their own super advanced aircraft by making people believe it is a UFO
• Mysterious hovering orbs over Mesa have many believing they spotted a glowing UFO
• UFO seen by 100+ people hovering in the California sky for five minutes sparks alien concerns
• A stationary UFO recorded in the South Carolina sky sparks secret government surveillance theory
• Former head of MI6, who’s allegedly part of a secret global conspiracy on UFOs, says he believes aliens do exist
• UFO expert claims ISS video is ‘100% proof’ NASA, Russia know aliens visit the space station
• Bug expert declares there are insects on Mars and then suddenly deletes research after backlash
• UFO expert claims to have video proof of a fleet of alien spaceships passing by our moon
• 5 Navy veterans and new anonymous source who witnessed the USS Nimitz UFO incident come forward to reveal what they saw
• Retired Air Force Major says a space alien was shot and killed at a base in 1978, government covered it up
• US Navy pilot David Fravor who claims to have witnessed a UFO says the tapes of the encounter have disappeared
• Eyewitnesses spot identical fleet of UFOs in the sky over Utah and North Carolina in the same day
• UFO expert says he has ‘100% proof’ that aliens currently live in a ‘city’ on our moon
• Red triangular craft recorded hovering in the Texas sky is perhaps the ‘clearest UFO footage’ ever
• Top Gun Navy pilot describes his incredible UFO encounter on ‘The Joe Rogan Experience’
• A strange ‘fleet’ of 14 glowing UFOs was spotted and caught on camera off the coast of North Carolina