VIDEO: Mysterious Hovering Orbs Over Mesa Have Many Believing They Spotted A Glowing UFO 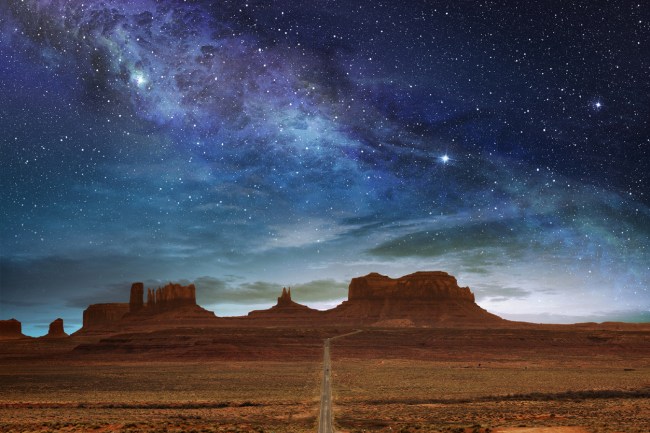 Are the aliens becoming bolder or are there just more weird occurrences seen in the sky that are being mistaken as UFOs? Days after hundreds of people spotted a huge UFO hovering over California, several witnesses claim they saw an unidentified flying object levitating over Mesa, Arizona.

Residents in the Mesa area reported seeing mysterious illuminated orbs in the night sky that many don’t believe to be an aircraft created by humans.

DJ Maier and Kerri Burnett told ABC-15 they saw a “pretty bright light” that “started moving kind of diagonal across, I was trying to figure out which way it was heading, and that’s when we noticed it started dropping things from it.”

The video taken on Sunday shows the glowing orb hovering in the sky when several smaller lights were dropped or flew out from it. Were they flares from a military exercise? Is there a conspiracy theory that they are mini spaceships? Nobody is positive, but numerous people in the Mesa area saw the strange floating object.

“And it wasn’t just us, our neighbors next door they were out, they weren’t even filming,” Maier adds. “They were more in amazement, like statues, just watching it.”

“Some said it may be an aircraft, others said aliens or a comet,” Maier said of other witnesses of the mysterious lights in the sky.

The Federal Aviation Administration, Luke Air Force Base and the Army National Guard all said they didn’t know what the object was and were not involved with the strange light show.

Also on Sunday, a video shot in Tucson, Arizona, spotted a streaking green light in the night sky. This aerial oddity looks much like a meteor.

In March of 2018, a man claimed to have caught a UFO on video. Pat Burke used his camera phone to record footage of a bright dot in the sky next to two airplanes that suddenly disappeared.

“I’m fascinated by them. I believe it’s real. How can we be the only life on this planet? Let’s face it – there’s something bigger than us,” Burke said. Burke added that he’s always wanted to capture a UFO on video. How convenient.

On February 24, 2018, commercial airline pilots claim they saw an unidentified flying object fly about 3,000-feet above their plane while traveling over the Arizona desert.

The Federal Aviation Administration (FAA) released audio of the pilots contacting air traffic control to see if another airplane was flying near them. Air traffic control confirmed that there was no aircraft above the plane.

“Was anybody, uh, above us that passed us like 30 seconds ago?” the Learjet pilot asked the air traffic controller who responded that no aircraft were nearby. “Okay, something did,” the pilot responded. Then someone blurts out, “A UFO!”

The most famous UFO sighting in Arizona was The Phoenix Lights that happened on March 13, 1997. Thousands of people in Arizona and Nevada witnessed bright lights in the air that formed a triangular formation that hovered in the skies for approximately 300 miles.

Conspiracy theory YouTube account Evolutionary Energy Arts noted that the shape and color of the UFO seen in Mesa reminded him of another unexplained light seen over Kiawah Island near Charleston, South Carolina. He added that there is a spike in UFO sightings lately. Are the aliens ready to meet us or are they organizing the alien invasion?