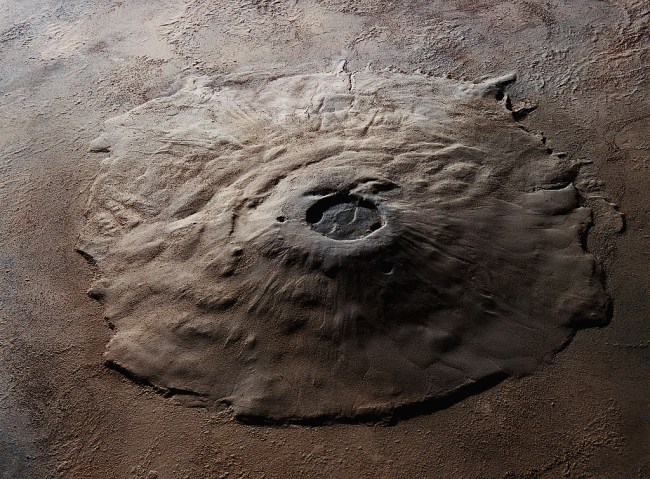 In this age of “fake news,” propaganda and misinformation, who can you actually trust for legitimate and bona fide news? You could, of course, believe the scientific findings from a university? Right? Not so fast. The Ohio University posted an eye-opening report that there were bugs on Mars, but then backtracked and completely deleted the story.

With everyone on the planet in search of definitive proof of aliens, one scientist may have jumped the gun in a recent report, which has since been deleted after mass skepticism in the data.

William Romoser, a professor emeritus who specializes in arbovirology (the study of viruses transmitted by arthropods) and entomology at Ohio University, claimed that there was evidence of insects on the planet Mars. “There has been and still is life on Mars,” Romoser said in a press release.

The “evidence” of “life on Mars” was derived from a photo taken by a NASA Mars rover. The proof of life on Mars was a questionable photo that allegedly featured an object that Romoser claimed to be an insect.

A scientist says this picture is evidence of a fossilized bug on Mars. He’s fooling himself. Via @LiveScience https://t.co/bZgeiUBrRP pic.twitter.com/m279EISCEm

“There has been and still is life on Mars,” Romoser said in a statement. According to Romoser, his interpretation of NASA photos was enough to claim that there were Martian lifeforms. Romoser wrote a paper titled Does Insect/Arthropod Biodiversity Extend Beyond Earth? that hinted that there was alien life on the surface of Mars.

“There is apparent diversity among the Martian insect-like fauna which display many features similar to Terran insects that are interpreted as advanced groups — for example, the presence of wings, wing flexion, agile gliding/flight, and variously structured leg elements,” Romoser said.

However, the photo that Romoser claimed to be proof of life on Mars was far from definitive. In fact, what was said to be a “bug” looked more like a regular rock on the Red Planet’s surface.

Professor William Romoser from the University of Ohio has labeled this image, taken by a Mars rover. He suggests that this is a life-form on Mars, but other scientists say that this is not the discovery of alien life.
Source: https://t.co/81c2POX0CN pic.twitter.com/TNlP9OcN1W

Soon after the assertations that the blurry photo was proof of life on Mars, other scientists chimed in and said that Professor Romoser was suffering from pareidolia, a psychological phenomenon that causes people to see patterns in a random data. The argument is that Romoser wanted to see bugs on Mars, so the blurry image looked like bugs on Mars to him.

“I, personally, have pareidolia with respect to insects, beetles in particular,” David Maddison, a professor in the integrative biology department at Oregon State University, told Space.com. “I’ve worked on beetles for decades; I have collected many thousands of beetles around the world. Through the years, I have built into my brain a pattern-recognition system for picking out beetles.”

“I do not think there are insects on Mars,” Maddison continued. “The photographs that are in that press release you sent are entirely unconvincing, as they fall within the range expected in zillions of non-insect objects photographed in lowish resolution on a Marscape.”

“I think it’s really easy to find patterns in images, especially when they’re out of context,” Nina Lanza, a planetary scientist at Los Alamos National Laboratory, told Space.com. “They’re little clips of larger images, and there’s no scale bar on them … you could imagine a lot of different shapes in there. That’s not a good way to do this kind of assessment.”

NASA responded to the assertions that there were insects on Mars with a statement.

“The collective general opinion of the large majority of the scientific community is that current conditions on the surface of Mars are not suitable for liquid water or complex life,” NASA stated. “As part of its astrobiology objectives, one of NASA’s key goals is the search for life in the universe and the Mars 2020 rover, launching next summer, is our next stage in exploring the potential of past life on the Red Planet.”

“Although we have yet to find signs of extraterrestrial life, NASA is exploring the solar system and beyond to help us answer fundamental questions, including whether we are alone in the universe,” the space agency continued. “From studying water on Mars, probing promising “oceans worlds,” such as Enceladus, Europa, and Titan to looking for biosignatures in the atmospheres of planets outside our solar system, NASA’s science missions are working together with a goal to find unmistakable signs of life beyond Earth.”

Since the backlash, Romoser’s press release about life on Mars has disappeared from the Ohio University’s website.

“The faculty member no longer wishes to engage with media regarding this research, so we have opted to remove the story from our website, and EurekAlert,” an Ohio University spokesperson told the website Futurism.