For Second Time Ever Mysterious Repeating Signals Coming From 1.5 Billion Light Years Away And Could Be Aliens 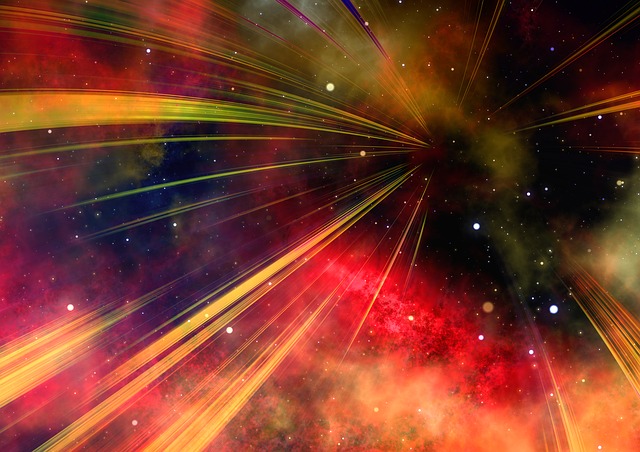 Repeating signals from deep space have been detected and this is only the second time in history that these kinds of mysterious blips have ever been recorded. I, for one, welcome our new alien overlords. I really appreciate them giving us a heads up that they’re on their way to invade and colonize planet Earth.

Scientists have discovered fast radio bursts (FRBs), high-energy radio emissions that only last for a few milliseconds. The FRBs were detected at the Canadian Hydrogen Intensity Mapping Experiment (CHIME) radio telescope located in the mountains of British Columbia. Their data pinpoints the unknown source to be 1.5 billion light-years away.

Astrophysicists theorize FRBs are generated by cosmic catastrophes where a source of energy is destroyed such as a star exploding in a supernova or a neutron star collapsing into a black hole… or possibly even an alien spacecraft powerful enough to travel at light speed. Despite being billions of light-years away, telescopes can detect FRBs because they are super intense, some having as much energy as a hundred million suns.

Scientists just discovered fast radio bursts in 2007 and there have only been about 60 documented FRBs since then, only two have been repeating. CHIME recorded a highly unusual FRB five months ago named FRB 180725A. This signal was exceptionally odd because it was such a low frequency. The signal had a frequency of 580 megahertz and since tracking FRBs, and at the time there had never been a fast radio burst detected that was below 700 MHz.

“Whatever the source of these radio waves is, it’s interesting to see how wide a range of frequencies it can produce. There are some models where intrinsically the source can’t produce anything below a certain frequency,” said physicist Arun Naidu of McGill University in Canada.

“[We now know] the sources can produce low-frequency radio waves and those low-frequency waves can escape their environment, and are not too scattered to be detected by the time they reach the Earth,” said physicist Tom Landecker of the National Research Council of Canada. “That tells us something about the environments and the sources. We haven’t solved the problem, but it’s several more pieces in the puzzle.”

Scientists found FRBs in the past, but previous to this recent discovery, only one of these elusive signals had ever been caught repeating the signal. FRB 180814.J0422+73, which hails from a galaxy far, far away, flared six times in repetition over the course of three weeks in August of 2018. Since FRB 180814.J0422+73 repeats itself that means scientists have a better opportunity to collect more data and determine its origin.

“They’re in a completely different part of the sky and at least a billion parsec away from each other,” explained Shriharsh Tendulkar, a post-doctoral fellow at McGill University who is on the team, of the two repeating FRBs. “We don’t know the precise distance to the second one yet.” A parsec is a measurement of distance that equals to about 3.26 light years and not a unit of time as much as Han Solo would have you believe in the Millennium Falcon’s Kessel Run.

The scary part about FRBs repeating is that since they are repeating that means that these mystifying signals are not from cataclysmic events (That means aliens doesn’t it?). Six bursts of ginormously intense energy wouldn’t originate from the same place in deep space over the course of several weeks from something being destroyed, but possibly something artificial. It also means that the original repeating fast radio bursts were not a fluke or instrument error.

Food for thought: Harvard scientists wrote a paper titled “Fast Radio Bursts from Extragalactic Light Sails” in 2017. The paper, which was published in the Astrophysical Journal Letters, suggests that fast radio bursts could come from advanced extraterrestrial beings. FRBs could be evidence of alien life and they are using them to power their spaceships.

The authors of the paper, Avi Loeb of the Harvard-Smithsonian Center for Astrophysics and his co-author and Manasvi Lingam, theorize that the immense power bursts that we detect could be used to power interstellar light sails. With the energy of FRBs, it is believed that the alien spacecraft could easily transport aliens and a million tons of payload across space. “That’s big enough to carry living passengers across interstellar or even intergalactic distances,” Lingam said.

RELATED: Mysterious Light That Lit Up California Sky Was Not A UFO But ‘Probably’ A Super Rare Cloud From A Meteor

There are also theories that repeating FRBs could be emanating from a neutron star with a very strong magnetic field that is spinning very rapidly or two neutron stars merging together. Yawn. I’ll take the advanced aliens on intergalactic spaceships that are coming to colonize Earth theory, please.

“Knowing that there is another suggests that there could be more out there,” said astrophysicist Ingrid Stairs of the University of British Columbia in Canada. “And with more repeaters and more sources available for study, we may be able to understand these cosmic puzzles – where they’re from and what causes them.” Ingrid and her scientist pals had better figure this out before the aliens find us.

RELATED: An Asteroid Will Come Alarmingly Close In 5 Years And A Chance Of Impact With The Force Of 1,500 Hiroshima Nukes