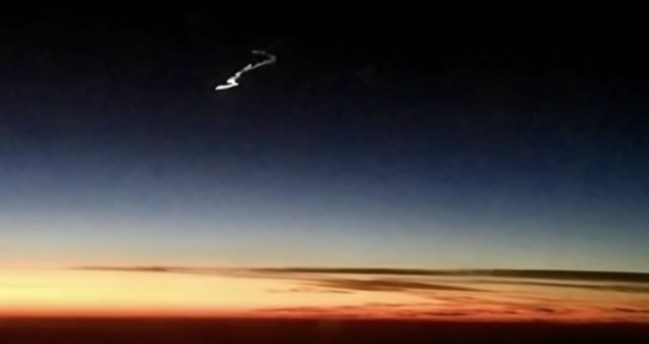 There was a mysterious light that lit up the sky in California on Wednesday night. Californians thought they were seeing a UFO, a rocket launch or a portal from another dimension open up in the night sky, but science says it was probably a very rare cloud caused by a meteor.

Sorry for the defroster sound , wtf was this , Meteor ? Rocket ? pic.twitter.com/zNR4h5cPgP

A mysterious light in the sky was captured on video in Northern California. https://t.co/UjYNQel9kt pic.twitter.com/47XBH8kDV1

This bizarre streaking light that lit up the night sky in Northern California had people asking, “WTF is that?!” The weird part is that the blistering light strangely stopped moving and left an illuminated mark in the sky. It was almost like the cracking sky that opened up a portal in Fortnite. 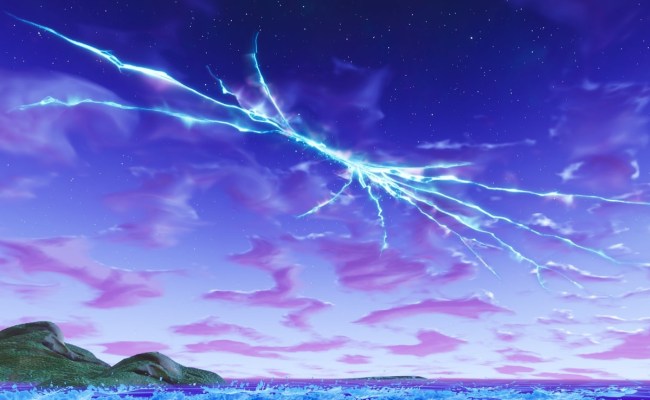 The mysterious glowing light in the sky had a bizarre shape.

Did you see that bright light in the sky? Here's the view from West Sacramento. pic.twitter.com/Q83JMy8PSg

Bright light in sky over the bay area. @NASA any clue what this may be? And dont say swamp gas pic.twitter.com/GPleP5FdpS

The Bay Area National Weather Service is saying this weird space phenomenon is “probably” a noctilucent cloud, which is a cloud formation that forms after a meteor or space debris enters the atmosphere and begins to burn up. “When meteoroids hit our atmosphere and burn up, they leave behind a haze of tiny particles suspended 43.5 miles to 62 miles above Earth’s surface,” NASA said. “It’s no coincidence that NLCs form 83 km high, squarely inside the meteor smoke zone.”

More confirmation that last night's object in the sky was a meteor. #cawx https://t.co/IUzeyyfYdR

According to the National Weather Service, this was a very rare event and there hasn’t been a unique cloud formation such as this since 2011.

It's not the first time noctilucent clouds have been observed over the #BayArea. Here is a look back at a 2011 rocket launch creating NLC https://t.co/2qAHg3GQtI #cawx