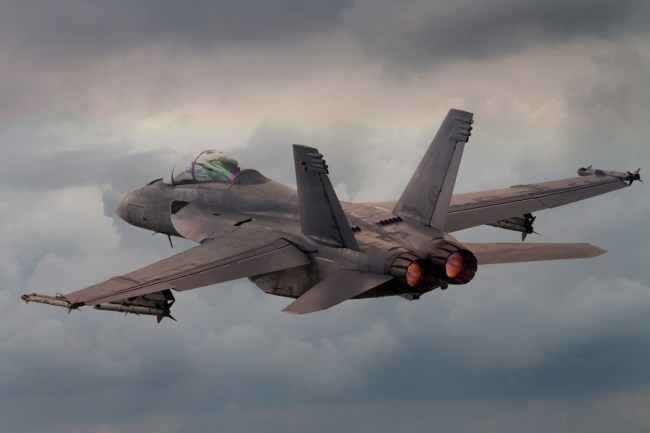 Commander David Fravor, the U.S. Navy pilot who claims to have witnessed a UFO over the Pacific Ocean, says that the tapes of the unbelievable encounter have disappeared.

David Fravor served 24 years in the military, 18 of which he was a Navy pilot. He attended Top Gun, and was also the commanding officer of the VFA-41 Black Aces. Fravor had deployments in Iraq that began during Operation Desert Storm. Because of his impressive credentials, Commander Fravor’s allegations of witnessing a UFO are considered to be the most credible because of his distinguished military career.

Fravor alleges to have seen a UFO in the shape of a Tic-Tac off the coast of San Diego on November 14, 2004 (Read more about the encounter HERE). Fravor was one of four pilots flying in F/A-18E/F Super Hornets from the Nimitz Carrier Strike Group to have tracked down an unidentified aerial phenomena (UAP) off the coast of California after radar from the guided-missile cruiser USS Princeton picked up an unknown aircraft making unprecedented maneuvers.

Now, Fravor alleges that the tapes of the UFO encounter are “missing.” Fravor appeared on The Fighter Pilot Podcast where he recounted his confrontation with a UFO.

Right after the UFO encounter, Fravor made copies of the tapes, those too have disappeared. “We copied the tapes and wrapped them up and stuff them in the space,” Fravor said.

What a strange coincidence that tapes of UFO encounters disappear into thin air. This comes at a time when nearly two-thirds of Americans believe that the government “knows more than it’s saying on UFOs” according to a Gallup poll.

Last month, Commander Fravor appeared on the Joe Rogan Experience and gave a two-hour interview about his potentially extraterrestrial experience.

Fravor said he knows about 60 to 70 pilots who have seen UFOs while flying.

“I was talking to one of the other pilots,” Fravor told Joe Rogan. “He said there’s actually when you see the radar video, there almost looks like a formation in front like five smaller ones that are moving in front of it and then they turn so like a formation these things turns and starts going the other way and then the while they’re filming the gimbal maybe that’s kind of the comms when you hear, ‘Dude. Holy cow. Look, they’re all over.’”