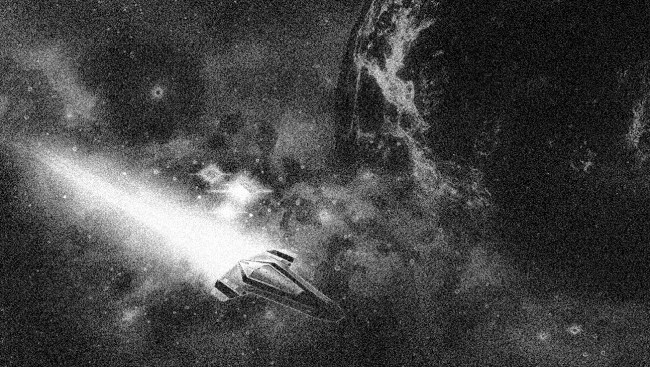 Well, this is certainly something new. Could all the UFO sightings we’ve had over the past 50-plus years actually NOT be aliens visiting our planet? Could it be that what we’ve been seeing all these years are actually time-traveling humans piloting futuristic spacecrafts?

If so, it would certainly explain how “extraterrestrial aliens” have been able to live amongst us completely unnoticed for decades. They’re not aliens at all! They’re people… from the future!

According to a recently published book, Identified Flying Objects: A Multidisciplinary Scientific Approach to the UFO Phenomenon written by Dr. Michael P. Masters, this theoretically could, in fact, be the case.

In the book, Masters, a professor of biological anthropology specializing in human evolutionary anatomy, archaeology, and biomedicine at Montana Tech, “examines the premise that extraterrestrials may instead be our distant human descendants, using the anthropological tool of time travel to visit and study us in their own hominin evolutionary past.”

Got all that? Let’s decipher what that means because he actually makes some sense.

“The phenomenon may be our own distant descendants coming back through time to study us in their own evolutionary past,” Masters told KXLF-4 News.

“The extra-tempestrial are ubiquitously reported as being bipedal, upright-walking, five fingers on each hand and foot, bi-lateral symmetry that they have two eyes, a mouth a nose, they can communicate with us in our own languages,” said Masters.

Masters understands this study may be considered fringe science, but he defends the research in the book.

“I stand by the product. I’m happy to talk about it with anyone. It’s written for my academic peers as much as it is for anyone in the UFO community,” he said.

Right there with you, doc.

“The hope is we can begin a new dialogue, get past some of the stigma and not have to defend this as science because it is very scientific as well,” he added.

Speaking to Space.com, Masters said, “I took a multidisciplinary approach in order to try and understand the oddities of this phenomenon. Our job as scientists is to be asking big questions and try to find answers to unknown questions. There’s something going on here, and we should be having a conversation about this. We should be at the forefront of trying to find out what it is.”

But why not argue that ET is actually a traveler from across the vastness of space, from a distant planet? Wouldn’t that be a simpler answer?

“I would argue it’s the opposite,” Masters responded. “We know we’re here. We know humans exist. We know that we’ve had a long evolutionary history on this planet. And we know our technology is going to be more advanced in the future. I think the simplest explanation, innately, is that it is us. I’m just trying to offer what is likely the most parsimonious explanation.”

Unfortunately, everything Masters suggests is just a theory. We have no proof. What’s not a theory, however, especially considering the U.S. Defense Department has spent at least $22 million investigating UFOs, is that…

Previously…
• UFO hunters claim they are behind the unexplained group of Colorado drones, mystery remains unsolved
• Ominous black ring cloud hovers in the sky above Pakistan
• Glowing UFO spotted on NASA live stream of the Space Station sparks more claims aliens are real
• Newly declassified CIA intelligence report reveals new info about 1973 UFO sighting at ‘Site 7’ in Russia
• Navy admits it has additional ‘top secret’ footage of USS Nimitz UFO encounter but won’t release it
• UFO sighting? Mysterious object leaving a fiery trail in the sky spotted by multiple people in Florida
• Navy pilot who filmed USS Nimitz UFO encounter breaks his silence after 15 years – Tic Tac craft broke laws of physics
• UFO that ‘nearly hits’ a SpaceX satellite during live stream is ‘100% proof aliens are watching,’ says expert
• Top researchers claim U.S. military is covering up their own super advanced aircraft by making people believe it is a UFO
• Mysterious hovering orbs over Mesa have many believing they spotted a glowing UFO
• UFO seen by 100+ people hovering in the California sky for five minutes sparks alien concerns
• A stationary UFO recorded in the South Carolina sky sparks secret government surveillance theory
• Former head of MI6, who’s allegedly part of a secret global conspiracy on UFOs, says he believes aliens do exist
• UFO expert claims ISS video is ‘100% proof’ NASA, Russia know aliens visit the space station
• Bug expert declares there are insects on Mars and then suddenly deletes research after backlash
• UFO expert claims to have video proof of a fleet of alien spaceships passing by our moon
• 5 Navy veterans and new anonymous source who witnessed the USS Nimitz UFO incident come forward to reveal what they saw
• Retired Air Force Major says a space alien was shot and killed at a base in 1978, government covered it up
• US Navy pilot David Fravor who claims to have witnessed a UFO says the tapes of the encounter have disappeared
• Eyewitnesses spot identical fleet of UFOs in the sky over Utah and North Carolina in the same day
• UFO expert says he has ‘100% proof’ that aliens currently live in a ‘city’ on our moon
• Red triangular craft recorded hovering in the Texas sky is perhaps the ‘clearest UFO footage’ ever
• Top Gun Navy pilot describes his incredible UFO encounter on ‘The Joe Rogan Experience’
• A strange ‘fleet’ of 14 glowing UFOs was spotted and caught on camera off the coast of North Carolina