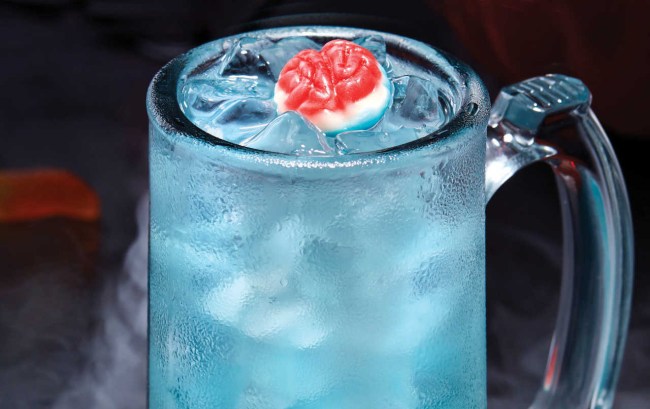 We live in a world where people no longer blink an eye at dropping $10 on a cocktail made by a guy rocking a felt vest and the horned-rimmed glasses seemingly every single person wears in movies that take place in the 60s.

I’ll admit I’m a sucker for six-ingredient drinks made with a liqueur extracted from a plant that can only be found in Patagonia but I’m also never one to turn down a bargain.

Last year, the kind people at Applebee’s flipped casual dining on its head like a Jackass! stunt gone wrong when they introduced the world to the Dollarita, which— if you can’t guess by the name— is a margarita that costs $1.

Little did we know they were just getting started.

Since then, Applebee’s has offered a number of ridiculous deals on alcoholic drinks and recently kicked off Oktoberfest a little early with $2 Sam Adams so you could get your culture on without having to fly to Germany.

Over the past week or so, countless abandoned buildings have been magically converted into thriving businesses now that Halloween season has rolled around and The Bee’s (as the cool kids call it) is ushering in the month with a celebratory special in the form of $1 Zombies.

If you ever see a zombie that doesn’t look like a cocktail with a gummy brain on top, lace up those sneakers and run like the wind. pic.twitter.com/f7ziORr369

For the next 30 days, the chain will be dishing out a drink made with a killer mix of rum, pineapple, passion fruit, cherry, and lime topped with a gummy brain because why the hell not?

This Halloween is going to be especially happy.