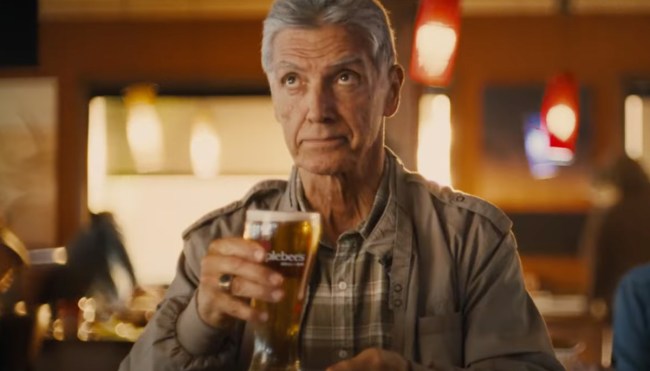 It’s been over 35 years since the original Top Gun hit theaters, but the movie—nay: film—has more than managed to hold up over that span; the paradoxically timeless encapsulation of the action blockbusters that defined the 1980s is rivaled only by Rocky IV when it comes to the patriotism-fueled guilty pleasures that defined the era.

Top Gun doesn’t seem like one of those movies that need a sequel—especially when you consider Hollywood’s track record when it comes to reviving franchises that have sat untouched for decades—but based on the reactions Top Gun: Maverick has managed to generate ahead of its May 24th release, the followup is poised to be a rare exception.

One of the more intriguing aspects of the original Top Gun is that it’s hard not to root for Maverick despite the fact that the first half of the film is largely devoted to establishing just how unlikeable Tom Cruise’s character is.

The movie kicks off with the dogfight that leads to the cocky lieutenant getting dressed down by the superior who begrudgingly sends him to the base in San Diego where America’s top pilots are trained. He doesn’t exactly do a great job making friends upon his arrival at Miramar, as his general jackassery quickly draws the ire of his instructor and his classmates (none of whom despise him more than Val Kilmer’s Iceman).

There are plenty of scenes that serve as the foundation for Maverick’s eventual redemption arc, but none of them are as iconic as the one where he seeks permission to “buzz the tower” and refuses to let the fact that the pattern is full prevent him from doing exactly that.

It’s only natural that the scene served as the basis for a new ad Applebee’s has unveiled in conjunction with the campaign it’s using to lure in customers who can score a free ticket to Top Gun: Maverick by dropping $25 during a visit.

That spot dropped shortly after another commercial started to make the rounds on Twitter, which has been embraced by Top Gun fans who seem to like their meals served with a heaping scoop of irony.

i have never loved a commercial more in my life. pic.twitter.com/cKppoEc0We

Broke: after watching Top Gun Maverick I will join the US airforce

Woke: after watching the Top Gun Maverick Applebee’s ad I will eat at Applebee’s everyday https://t.co/xvVetucKbS

I see Applebee's is promoting a tie-in to the new TOP GUN: MAVERICK movie. The implication seems to be that if you go to Applebee's, the place will rattle and shake from a fly-by that's way too close, and your server will end up with a spill on his chest. Some selling point.