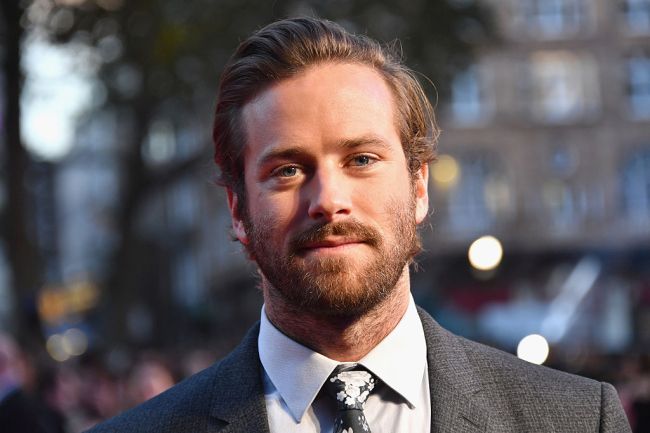 The Armie Hammer scandal gets more bizarre by the day. An eye-popping Instagram video of a scantily-clad woman on Hammer’s “secret account” sparked interest by authorities. The 34-year-old Hammer identified the woman dressed in lingerie in the leaked footage as “Miss Cayman.”

The Royal Cayman Islands Police Service (RCIPS) announced that detectives interviewed the Hollywood actor after a complaint was filed regarding the strange incident.

“On January 15, 2021, the RCIPS received an allegation of misuse of ICT in relation to a suggestive video which had been posted on social media. Officers investigated the matter and spoke to the suspect, who was warned about his conduct, in accordance with the wishes of the complainant,” RCIPS issued a statement about the situation on Wednesday.

Cayman Islands police officers investigated claims regarding Hammer, but he was not brought into custody or arrested. The case is now closed.

“I would like to clarify that the person in my video, which was stolen from my private Instagram, is not Miss Cayman,” Hammer said, clarifying that the woman in the video isn’t a beauty pageant contestant. “I am genuinely sorry for any confusion my foolish attempt at humour may have caused.”

“My deep sympathies to Miss Cayman, who I don’t know, and to the entire organization as I had no intentions of implying she was actually Miss Cayman,” Hammer said.

The investigation arrived only days after several women made disturbing accusations against Hammer, including cannibalism. Hammer’s ex-girlfriend, Courtney Vucekovich, claims the actor would fantasize about which one of her body parts he would crave to barbecue and eat.

“He said to me he wants to break my rib and barbecue and eat it,” Vucekovich told Page Six.

“He likes the idea of skin in his teeth,” Vucekovich alleged.

According to a Variety report, Hammer sent alleged messages about “graphic sexual fantasies, going as far as cannibalism, with the actor appearing to write to a woman on the app that he is ‘100% a cannibal’ and desired to ‘drink your blood.'”

Hammer has called the allegations “bullsh*t.”

“I’m not responding to these bullsh*t claims but in light of the vicious and spurious online attacks against me, I cannot in good conscience now leave my children for 4 months to shoot a film in the Dominican Republic,” he said. “Lionsgate is supporting me in this and I’m grateful to them for that.”

The actor has since left the comedy Shotgun Wedding, starring Jennifer Lopez.