Two Guys Were Arrested In A Truck Filled With 420 Pounds Of Marijuana; Think They Did That On Purpose? 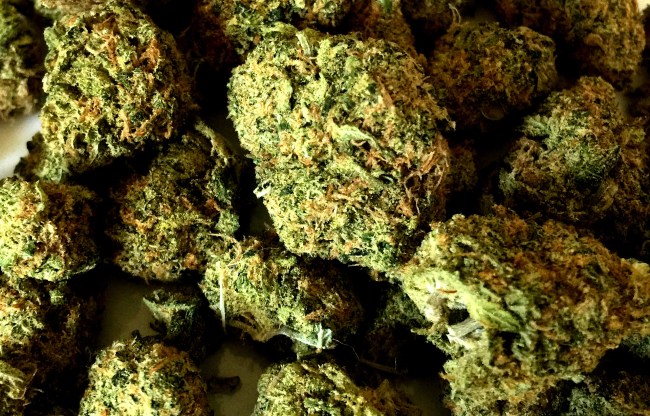 State troopers in Connecticut pulled over a U-Haul rental truck cruising down I-95 in Darien for a traffic violation a few days ago. Much to their surprise, the truck ended up being loaded with illegal marijuana. 420 pounds of it. 420. We can’t make this stuff up, folks.

The trooper who stopped the truck reportedly noticed an odor when he approached the vehicle, prompting him to call in the narcotics task force and the K9 Unit with their drug sniffing dogs, leading to the arrest of the driver and his passenger.

“When something didn’t smell right, the big dogs were called in,” the Connecticut State Police wrote on Twitter.

Look at what good boys and/or girls they are!

Troopers from Troop G stopped a truck on I-95 in Darien. When something didn’t smell right, the big dogs were called in. Narcotic detection K9’s alerted on the truck & it was searched finding 420lbs of marijuana. Both operator & passenger were arrested. Great job to the Troopers. pic.twitter.com/1Zr82IDEXF

Come for the ironic 420 weed news, stay for the adorable pups who busted them, am I right?

The two men who were transporting the illegal weed in the rental truck, 27-year-old Kevin Conrado and 23-year-old Vahe Manjikian, both from Los Angeles, were arrested and charged with possession of marijuana and possession of more than a kilo of marijuana with intent to sell.

Naturally, there was a whole slew of people who considered the entire situation a giant waste of time and complained about taxpayer money being wasted because of course they did.

Waste of time and resources... especially when its supposed to be decriminalized in CT. I'm sure it's for quantity but really petty when you find out its only because of corporate interest that weed is illegal.

Incredible waste of time, Troopers. Soon it'll be legal and they'll be paying yourdd salaries out of the taxes. Meanwhile, those resources stopping one real crime which endangers people, or one accident would have had real social value. Stop congratulating yourselves and get real

So why are four dogs needed to search a U-haul trailer? It's not like there is enough room to hide it anywhere but inside. Are the other three dogs just along for the ride or need a photo-op? Seems like overkill on the hounds.

End prohibition, these people should be free and that weed enjoyed

What a waste of time, money & resources. Cute dogs though.