Artie Lange Is BACK! The Comedian Is Home From Rehab, 7 Months Sober, And Looks Unrecognizable In The Best Way 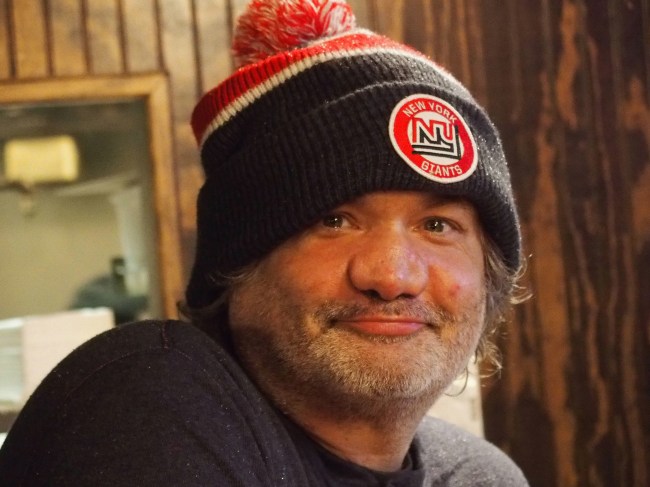 The 51-year-old comedian went from being on the brink of death to a certified sex canoe, as he announced on social media that he has been released from rehab and is seven months and 14 days sober.

Is this the guy who once left the set of Mad TV in a pig costume to meet up with his coke dealer or a stock photo of a ‘Good Father’?

Aside from the nose, which still looks like a deflated whoopie cushion, I would trust this dude to have my daughter home by 9 pm in his eco-friendly Prius.

This guy? I’d probably have to hire Liam Neeson.

I hope all 7 girlfriends (I counted in my head. 7) who in the week before they left me said this verbatim ““Artie My mom always dreamed I’d marry a man w a working septum” see this pic & cry from guilt. Why? Never telling me I hid heroin in my Giants wool hat during a blackout pic.twitter.com/HXR2I8NIyJ

What a difference eight months makes.

Gotta be honest, when I saw Artie Lange trending, I thought that was all she wrote. Drugs have been ever-present in Lange’s life for decades. He was arrested on heroin possession charges in 2017, where he had 81 decks of heroin on him. He was subsequently given probation for four years, which he violated twice. The Howard Stern sidekick tested positive for cocaine at a court appearance in December after a short stint in rehab that was intended to “save his life,” in his own words.

I could not be happier to find out that instead, he looks like he’d allocate my stock portfolio in a safe, measured manner and unironically refers to weed as the devil’s lettuce.

The internet, a mechanism typically used to call strangers ‘cunts’ with no recourse, rallied around the changed man.

Artie Lange I’m so happy for you. pic.twitter.com/832ZCXRjin

— Craig Gass Can Confirm That OJ Did It (@craiggasscomedy) September 11, 2019

Seeing Artie Lange on the uphill after 7 months of sobriety has made my night, hope he keeps it up pic.twitter.com/Ur1gSvxJXz

With Artie Lange, it’s best advised not to celebrate before the endzone, but today, today is a good day.