Artie Lange Once Dropped His Drug Stash In Front Of A Cop, Who Then Drove Him In Squad Car To Get More Drugs 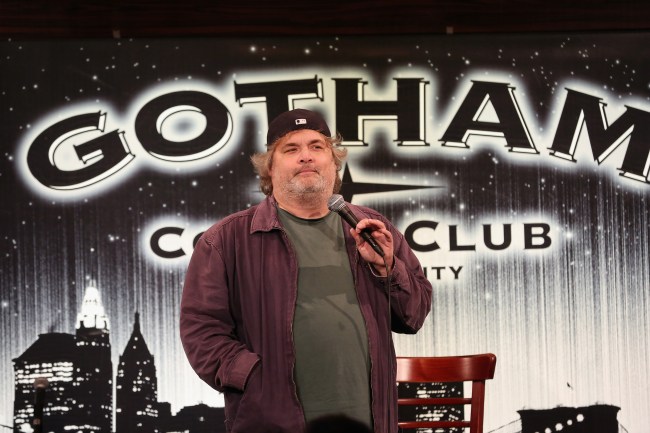 Artie Lange has lived to age 50 and even he can’t believe it–“I didn’t plan on being here at 50,” he admitted. Lange’s addiction to cocaine and heroin has plagued the comedian’s life in every aspect: personally, professionally and criminally. After he was arrested outside his Hoboken home in March 2017, a judge sentenced him to four years probation, a rehab stint, a Suboxone prescription to ease withdrawal symptoms, and weekly drug tests.

In a recent profile with Page Six, the Mad TV product opened up about a wild run-in he had with a police officer/fan on the promotional tour for the HBO series Crashing he’s featured in.

During the promotional tour for the series, Lange bought cocaine and heroin in Los Angeles and accidentally dropped some of his stash in front of two police officers. One of the officers happened to be a longtime fan of the comedian and was familiar with his history of addiction. The officer, whom Lange described as being in his 40s or 50s, sent his partner away with an order to dispose of the drugs.

He took Lange away in a squad car without actually arresting him and asked Lange, who had a standup performance the next night, if he’d suffer from withdrawal without a fix. Lange said yes.

The officer took Lange to a seedy neighborhood and scored Lange enough heroin to tide him over through the weekend, but only after Lange promised to get help. Lange is still in touch with the officer.

“He came to a show,” Lange said. “[We talk] on and off, though not as much as I’d like to, mostly because we’re older, you know? If we were both 25 when it happened, we’d be best friends.”

One can only hope to reach a level of fame where a law enforcement officer drives you to score drugs. That would be dope, minus the whole crippling addiction part.

Check out the whole profile over at Page Six…