On Today’s Episode Of ‘We’re Totally Screwed’, A Robot Has Learned To Act And Will Star In A Movie 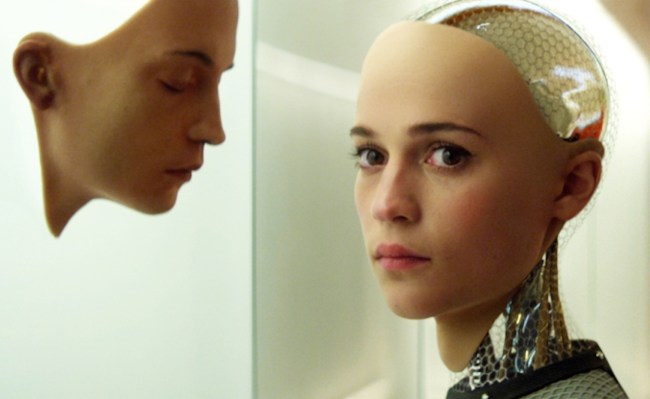 Alright, folks, let’s pack it on in. Once artificial intelligence starts taking over creative careers, we may as well move on to Mars and let our robot overlords rule the planet. “The meek shall inherit the Earth” meets “the nerds will be your bosses one-day” doomsday scenario. What if I’ve been a robot this whole time, merely trying to mimic how a 27-year-old New Yorker would mindlessly ramble on about pop culture? You’d have no idea. Chills the spine a bit, doesn’t it? Point being — Elon, my guy, let’s hurry that Mars colony up a bit, shall we? We’re about a decade away from the Consciousness of Christopher Nolan Uploaded to an iPad being nominated for Best Director at the Academy Awards.

Bondit Capital Media, Happy Moon Productions, and Ten Ten Global Media are putting forward $70 million to produce “b,” a science-fiction movie that is set to star the A.I. robot Erica in the leading role (via The National, as first reported by THR). The companies are touting “b” as the first movie in history to be led by an actor who is an A.I. robot.

“b” follows a scientist who must help the A.I. robot he created reach freedom after a program he designed to perfect human DNA has dangerous consequences. The A.I. robot Erica is starring as the A.I. robot character after her creators, Japanese scientists Hiroshi Ishiguro and Kohei Ogawa, taught her how to act by applying method acting principals to her artificial intelligence programming. [via IndieWire]

The worst part of this all is that science fiction is the very apparatus that has popularized the dangers of artificial intelligence to the general masses. The Terminator came out 36 years ago and it’s still the reference point for A.I. self-actualizing and wiping out our relatively helpless species with a flick of their metaphysical wrist. If there was ever a time for someone or something to take their own advice, it’s a fucking science fiction film not handing a robot the starring role — it’s literally Science Fiction 101 to do the exact opposite. Have we learned nothing? Don’t answer that. I already know the answer, such are the perks of having a 3.5GHz Intel Xeon W processor lodged in my temporal load. Wink wink, puny human.