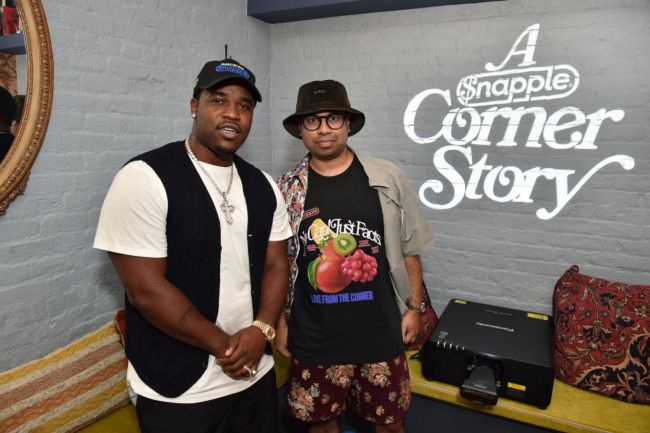 The Multiple Roles NYC Bodegas Own

Artist and rapper A$AP Ferg recently teamed up with director Shomi Patwary and Snapple to produce A Snapple Corner Story, a 10-minute documentary about New York City bodegas and their significance in supporting local communities.

The film features a number of corner stores throughout NYC, highlighting the ways they serve not only as storefronts but also as cultural hotspots unique to each neighborhood.

Ferg and Shomi welcome a number of individuals to share their experiences of what bodegas mean to them. Pioneers like Dapper Dan, A$AP TyY, Liz Beecroft, Bodega Bamz, Steve Rodriguez, Ghetto Gastro, and more, as well as customers and local luminaries, show the impact bodegas have on a person’s upbringing.

Along with the film, Ferg and Snapple designed an entire merch line to raise funds for the Bodega and Small Business Group (BSBG).

100% of all proceeds from the merch will go to BSBG to aid bodegas recovering from the COVID-19 Pandemic. You can check out the merch here. 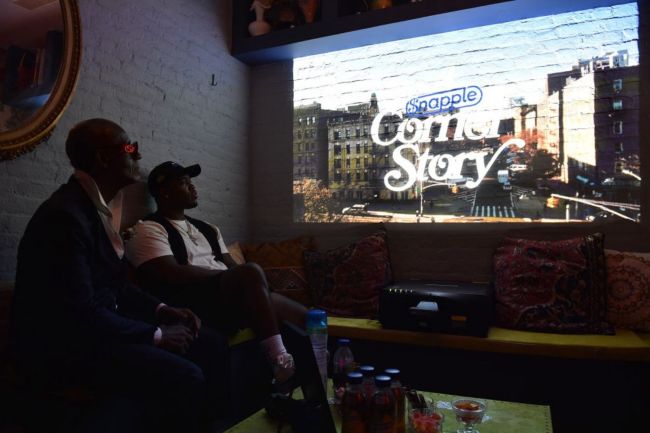 We spoke with Ferg to learn more about how this project came to life, plus how he feels knowing his film will exist as an educational resource on bodegas for years to come.

BroBible: Tell us what it’s like working with Snapple? What’s the best part?

A$AP Ferg: I think the best part was getting to reach out to a bunch of friends and people I admire. There’s Ghetto Gastro of the culinary arts. Dapper Dan the fashion icon. The Bike Riders, Bike Life, the list goes on with all these individuals that have Snapple stories and bodega stories.

In general, also being able to curate this vibe of bodega culture. This is something I really do love. It doesn’t feel like work to me, and it’s crazy to know I could put something together like this. The fact it’s with Snapple too, I drank Snapple growing up.

One of the creators you teamed up in co-producing this film was Shomi Patwary. What’s it like working with him?

Shomi is my brother. When he first came from VA he was working with Pharell and doing a bunch of web stuff with him, and one of his first music videos was with Pusha T I think. 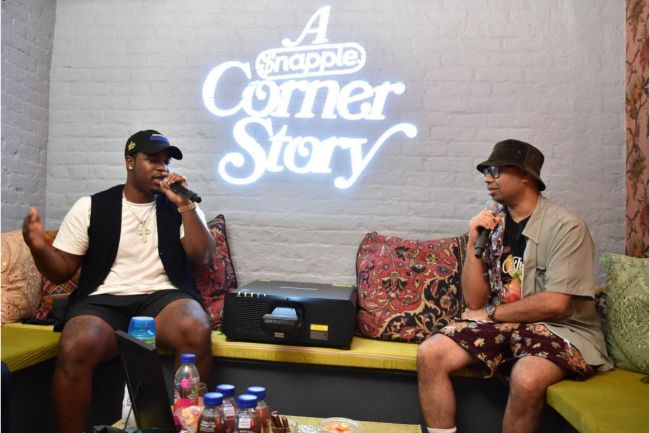 He eventually came to New York and started working with Karmaloop and we linked there. Karmaloop was the hub for me, they allowed us to use a lot of their equipment to shoot my early videos, back when I couldn’t afford to shoot. Shomi is a guy I can always ping ideas with, you know. He pulled me in on projects and I put him on projects too coming up.

It’s always amazing when we get to level up together, and this is definitely a level-up partnering with Snapple. They’re a huge company and being able to work with my brother, someone I consider family, is super amazing.

That’s crazy I don’t think a lot of people know about the longstanding connection there.

Tell me how you chose the bodega owners in the film?

That was me and Shomi. I picked some bodegas I grew up going to. There were two of them around the neighborhood I grew up in. One was on like 144th on the corner and the other 145th on the corner.

Then one of the coolest locations in the film is the bodega in Lower East Side where you can buy the skateboard decks. That was something I just discovered and I thought, “This is fire.”

All the bodegas were just a different vibe and it was dope for me to see. It was like a learning experience during the whole process because every bodega is different. I didn’t even know people called bodegas different names. I never called it a “corner store” growing up. It was always bodega. I don’t really use “deli” as a term either.

The Spanish store is another name I caught.

Right, and Dapper Dan back in the day mentioned how people would use the last name of the owner too. If the owner’s last name was Brown they’d call it Brown’s Store.

What role do the artists play in the film? How did you go about choosing each one?

The one thing I wanted was for the cast to be diverse. Not your typical one view, one-sided look. I wanted to show the representation of all the communities in bodega culture.

So I went and looked for people that come from all walks of life. Many of these people also come from my world, because my world is so diverse. Designers, people in fashion, directors, basketball players, photographers, and so on.

All of these trendsetters we picked love Snapple, one, and two, they all have a unique story about growing up and going to the corner store.

You also designed this merch line where 100% of the proceeds go to bodegas recovering from the Pandemic. 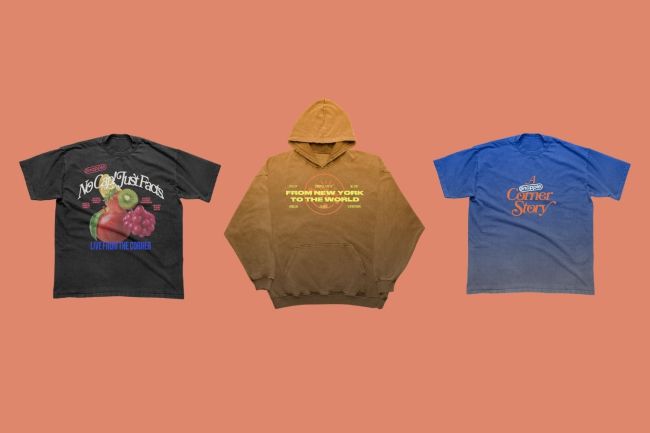 The collection is fresh, but I noticed what sold out first was the bodega cat hoodie, it’s an actual hoodie made for a cat. Why do you think it sold so fast? 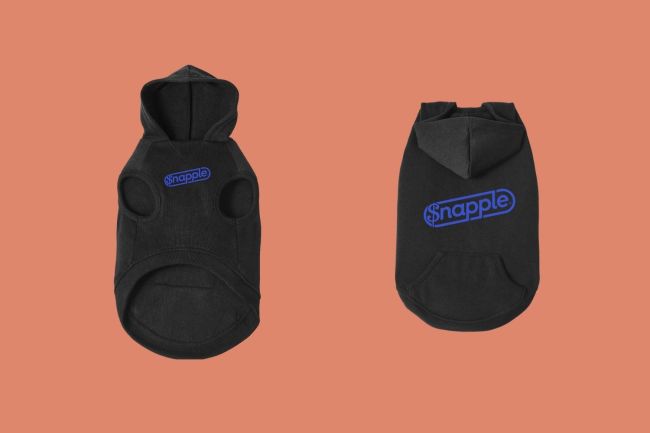 *Laughs* Maybe because Rocky and I did a show called Bodega Cats on HBO? We were cartoon rappin’ bodega cats.

But also the bodega cat is really the mascot of the store.

You have $5 for a bodega run. What are you picking up?

So for $2.50 you can get a sandwich. I’m gonna go with the sandwich, a roll. Turkey, swiss cheese, lettuce, salt, pepper, and vinegar. Then I’m going to get a Snapple, which is $1.50 these days I think? 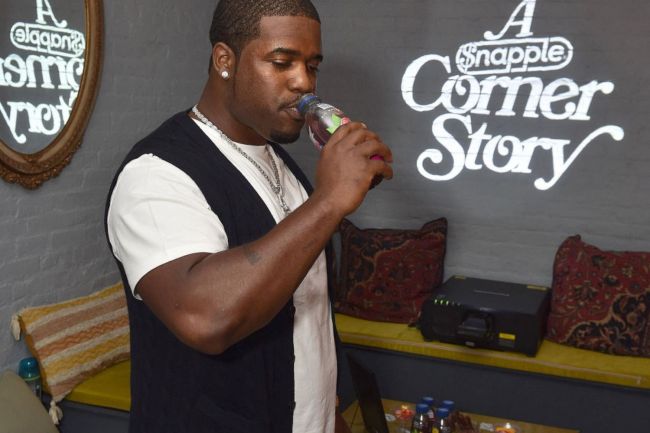 Ok so $4. Then definitely some candy. Sour powers. The peach ones.

Peach candy is the best.

Ferg, thanks so much for taking the time to talk about A Snapple Story.

I appreciate it. Thank you man.

You can head on over to asnapplecornerstory.com to watch the film and purchase merch. If you want to learn more about the Bodega and Small Business Group (BSBG) you can go directly to their site here.