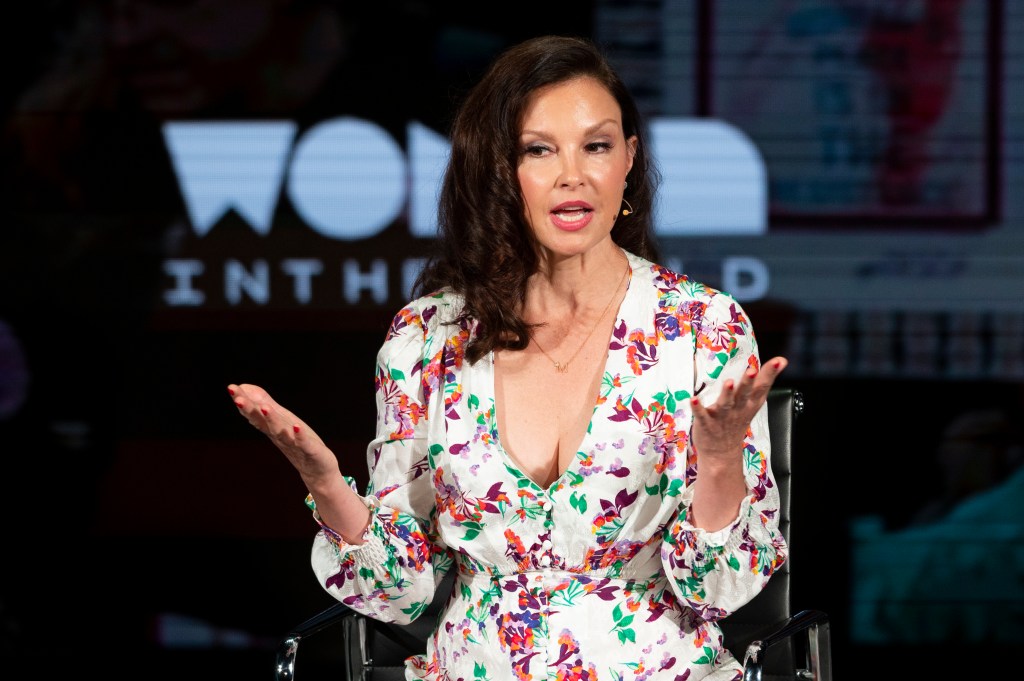 Ashely Judd isn’t one of those actresses I find myself thinking about very often but anytime I see her on-screen I’m like ‘she’s great, I wish I’d see her in more things.’ Her hits include Double Jeopardy, A Time to Kill, Twin Peaks, and plenty of others.

I didn’t know this about her but Ashley Judd‘s apparently a ‘frequent visitor to Congo’ where she does humanitarian work to save the endangered bonobos population. During her latest trip, she lived through literal hell. She tripped over a fallen tree and shattered her leg and then had to endure a wild trip to the ICU that involved being carried out, hauled on a motorcycle for six hours, all while slipping in and out of consciousness.

She discussed her waking nightmare with NYT columnist Nicholas Kristof on Instagram and spoke from her ICU bed. You can watch the video below but here’s the rundown from Deadline:

Describing “an incredibly harrowing 55 hours” during which she was transported, in part by being hand-carried out, in part on a six-hour motorbike trip, from the remote rainforest location to a medical center in South Africa, Judd holds up the stick that she was biting to distract from the pain, “howling like a wild animal.” The onetime half of The Judds mother-daughter duo recalls fading in and out of consciousness as she went into shock, repeatedly reciting “the Lord is my shepherd I shall not want” from Psalm 23.

Judd tells Kristof that despite the pain – “at the very edge of my edge” – and fear, she was fully aware of her “privilege” in having the opportunity to transfer to a fully equipped medical facility. Most Congolese people, she says, would have remained in the village, lost the leg and maybe a their life.

“The difference between a Congolese person and me is disaster insurance that allowed me 55 hours after my accident to get to an operating table in South Africa,” she says, adding that Congo villages lack not only electricity but “a simple pill to kill the pain when you’ve shattered a leg in four places and have nerve damage.” (via Deadline)

‘Shattered a leg in four places’ with nerve damage and then transported for six hours via motorcycle after you were dragged out of the jungle on someone’s back sounds like one of the worst possible scenarios I could ever imagine. I’ve always wanted to visit the Congo and see all of the species there you can’t find anywhere else in the world but accidentally tripping over a tree and shattering my leg into mashed potatoes sounds like the worst scenario I can think of.

Her only active project listed on IMDB right now is Anita in pre-production, the story of singer Anita Baker. Ashley’s estimated net worth is $22 million according to CNW which means she can just about afford the world’s best medical care anywhere anytime but when you’re in the middle of nowhere like she was there’s only soo much that can be done.