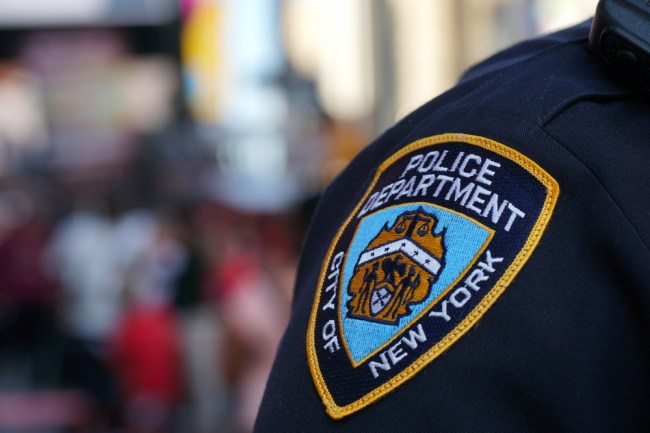 I can’t even begin to wrap my mind around the amount of insanity your average police officer sees in the field. When you take into the consideration the outliers, the truly bizarre cases, we see some stories of the unexplainable batshit crazy. Over on AskReddit, cops and family members of cops share stories of the most WTF/weirdest things they’ve ever had to arrest people for and I must say that some of these are truly out there in left field. If you have a story of your own you’d like to add just drop it in the comments below, but before you do that let’s get to checking out the insanity:

Shadow_Of_:
Someone turned themselves in for stealing a balloon. On free balloon day.

ImNoSheeple:
My buddy is the sergeant of police in my town. He said he had to arrest a guy for eating the concrete under a bridge in my town, back in the days of bath salts.
Another time was he had to rest a guy in a hotel parking lot. The man was in the bushes, naked, and covered in blood, only wearing a condom. Pretty bizarre stuff.

deadcomefebruary:
My boyfriend went to a house party in Idaho with his ex, everyone was wasted.
He and some other dudes got into an argument, someone called the cops.
Boyfriend figures that if he stays there, punches will start flying, so he literally asks the cops to just arrest him so shit doesn’t blow up.
They took him to jail for the night, with a bail of $10.

2dogs1970:
I have arrested a man not once, but twice for having sex with a dead white tail deer corpse. He likes fresh road kill for some reason.

13times5plus4:
I’ve seen a few…
Stealing a Turkey Sandwich. The guy was sentenced to 6months in jail.
I am not a cop but this guy came into our unit while I was locked up, and looked like a normal 35yr old dude, didn’t look to strung out. Apparently he was an addict and went to the grocery store and took one of the pre-made sandwiches and walked out the front door. He had been in court about 14 times in the past 6 months for petty theft and the judge went crazy on him and asked him if he thought he was above the law or if he thought wasting the judges time was a joke. He got the maximum sentence… 6 months in jail with 6 months probation.
I was then roommates with this little Philippino Asian kid. He had to of been 5′ 1″ tall and about 120lbs soaking wet. He grew up in Los Angeles before foster care sent him out to the Northeast. He was a tough kid and could fight with karate moves and all this random shit and was involved in LA Gang life. After living with him for 4 months he told me the story of how he was arrested:
He lived in a college town and met this white girl and they hung out a few times. One time they were hanging out at her apartment drinking alcohol and he realized that she was prescribed Xanax so he did what any rational human being would do and took FIFTEEN of them when he was at her place. He soon blacked out and the rest of the story he had to pull out the police report to tell me. She had fell asleep and he walked 4 houses down to the apartment of a kid he hates. He walked in and didn’t say a word and started beating him up using karate moves. His roommates couldn’t get the little 120lb frame out of the house and they called the police. When the police came he bolted out the back door to the neighbors house where they had a boat on the dock. He started the boat and took off into the water. The body of water wasn’t connected to an ocean or anything so after a few hours they arrested him at 3:22am using two different neighbors boats chasing this kid that was blacked out going through the lake.

slowshot:
As I was walking down the sidewalk, I saw an older (60-something) bicycle rider stop, get of of his bike and pick up a beer bottle that was in the gutter. He put the bottle in his back pocket and get back on his bike and continued to ride at me. Just as he passed me a cop car passed him, pulled over and the officer stepped out, and ordered the guy to stop. The policeman in formed the bicycle guy that it was against the law to operate any vehicle on a public thoroughfare with an open liquor container and he was being arrest for a violation of that law. I tried to come to the guys defense, but the cop threatened to arrest me if I tried to interfere any further and told me to” “Tell it to the Judge tomorrow.” The guy was allowed to lock his bike to a sign post and was hauled away.
So the next day, I showed up at traffic court. The guy was second up. The judge read the charges and asked the guy how he plead. The guy said, “Not Guilty.” Asked to explain the situation, the Cop said, “I observed the defendant riding his bicycle on Second Avenue South with a beer bottle in his back pocket which is a violation of the open container law.” I stood up and asked the judge if I could speak as a person who was witness to the event, and had spoken to the officer during the arrest. The Judge asked the policeman if I had indeed spoken to him. The said I had. so the Judge allowed me to speak. I told the Judge that I had witnessed the man pick up the bottle, put it in his back pocket, get back on his bike and was quickly stopped by the officer. And then I asked if the bottle was empty, did the bike guy smell of alcohol, had a blood test or breathalyzer test been administered to the man. The cop answered no to all of my questions.
The Judge apologized to the man, dropped all charges and admonished the cop.

mischimischi:
not a cop, but me. I got arrested for putting up a poster for a lost cat. It’s not something you can arrest someone for, but they put in handcuffs and brought me to the police station. The top cop asked the cops who arrested me why, and when he found out, he told them to take off my handcuffs, which they didn’t want to do, and pretended they had lost the key. The other cops took their keys and took off my handcuffs, then they let me go. These were before the days of all of these police-public committees.

Chrissmith98x:
My old man had to arrest a guy for pissing on someone

GodofWitsandWine:
A friend of a friend has a mental disorder that leads him to do strange things sometimes. He was once arrested for being in a bathroom on the campus of a major university “flushing for Jesus”.

OttoGershwitz:
When I was a corrections officer, I booked a kid in for “chicken at large.”

mmicecream:
Not a cop, but used to handle clearances so I had to read all the MP blotters. The most awkward reason I had to tell a colonel that a SFC needed to have his clearance pulled was because he was driving around off base hollering at women and wanking it. This was in a foreign country and he yelled out to at least 5 women. He was apprehended at the gate and they found semen on a rag, his visor, and his windshield. I also found out that this was not the first time he was arrested for this kind of thing. We dubbed him the Mad Wanker

-_night_-:
My sister’s dad [not mine] had to arrest a woman in her late 40s on a bus for rubbing her cleavage on a five year old girl’s face.
When the cops came to arrest her, she started screaming that it was a “voodoo ritual” and that if she didn’t do it, the “demons of hell” would grab her and pull her under. They did a drug test and she came up positive for both meth and heroin.

bravesgeek:
A friend of mine got arrested for failure to appear after getting caught fishing without a license. The cops had a good chuckle with us.

Rabiid_Ninja:
Not the cop, but I was the person arrested. It was the final day of my senior year in high school. There were rumors of a food fight, so once lunch came around, our principle got up in front of everyone and shut it down. Behind him, a couple of the special ed. kids started to throw their food and everyone joined in. Teachers were hit, kids were hurt. I had already eaten my lunch but my friend had an apple, so I grabbed it and threw it as far as I could against the opposite wall. Come to find out, they caught me on camera and the new chief of police wanted to set a precedent so despite never getting so much as a detention from K-12, I was arrested for Disorderly Conduct the final day of my senior year.
TL;DR – Threw a single apple in a food fight, was charged with disorderly conduct and between court fees and my lawyer, it cost me $800 and 24 hours of community service .

giantsalike:
When I was still in high school, I bought an IBC root beer (the one’s in the glass bottle) and was pulled over by a cop while I was on my way to school. He asked if it was beer and I told him what it was. I handed it over to him so he could inspect the bottle. He looked at it, took a drink, and then walked away with it.
TL:DR
A cop stole my root beer.

Well, bros, that wraps up the coverage from my end but if you want to keep on reading these AskReddit stories you can CLICK HERE to see that thread in full! You can also drop your story in the comments down below.