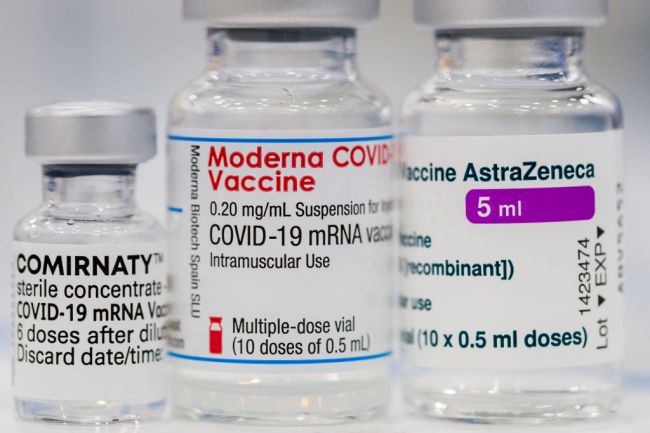 The administration of the AstraZeneca vaccine has been suspended in more than 12 countries as a precautionary measure after a handful of the inoculated reported experiencing blood clots. To put a temporary suspension on a new drug is standard practice, but as of right now, scientists have not found a direct correlation between the vaccine and blood clots.

When a vaccine is still in an emergency-use stage, as the AstraZeneca is, all self-reported side effects are marked and filed. Of the more than 11 million individuals who have received the AstraZeneca vaccine, one in 167,000 people reported blood clots. That number is fairly on-par with the standard prevalence of blood clots in the population, vaccine aside, and the decision to suspend administration is a safety measure.

AstraZeneca has registered hundreds of additional side effects, which might sound terrifying, but a closer look reveals that many of the side effects are absolutely hilarious. More specifically, the 63-page (!!) report makes it apparent that not only are the scientists doing a great job of keeping records, but that people are reporting conditions they experience after taking the vaccine that are (probably) not related to the vaccine.

Went through half the 63 pages of adverse effects to the jab. people need to realise they are self-reported, often stuff that people just get anyway, but some are truly insane. good luck to the 4 people attributing Genital herpes to the jab. Enjoy my top picks (1/2) pic.twitter.com/EimuCn2fUd

I am no doctor, and this is purely speculation, but I think you’d be hard to find a direct correlation between a spider chomping down on your ankle and the vaccine. And call me crazy, but I don’t know if there is a way to blame an STD on the shot. Can you imagine that conversation?

“Honey, I have some bad news.”

“Yes, but the vaccine gave me a horrible side effect.”

“Well, I have herpes and now you do too. All thanks to AstraZeneca… definitely not my previous or current sexual history.”

The sentiment also goes for the person that tried to blame his/her inability to stick to a diet on the vaccine. That’s such a wild reach for self-justification while eating a billion Big Macs and wondering why you keep gaining weight. I love it. Same thing with sunburn. Didn’t throw on sunscreen after someone undoubtedly told you that you were going to burn? No problem, blame it on AstraZeneca.

Another one that really stood out was the fecal vomiting. It’s as gross as it sounds. A quick google search led me to understand that it is caused primarily from an intestinal blockage. It’s a horrible thought— constipation so bad that you yack straight poop.

“If you have an obstruction generally in the lower small intestine or within the colon, you can eat food but it has nowhere to go,” says Dr. Ben Dalton, gastroenterologist at the University of Tennessee Medical Center. “Eventually, you hit a critical mass and if it cannot get out from the south, it’ll come out the north.”

My personal favorite(s), however, is three-fold. I couldn’t decide and they go hand-in-hand. A whopping 48 people reported crying, moaning or screaming as a side effect. There are 48 people out there who had a horrible day, received horrible news, or just couldn’t keep it together and broke down. THERE IS NOTHING WRONG WITH THAT. As Marshawn Lynch told us, it’s very important to take care of your mentals, and sometimes crying, creaming or moaning is a part of that. I’ve been there, so let me be the first to tell you that crying, screaming and moaning has more to do with a variety of other factors than it does the vaccine.

But what do I know? Like I said, I’m not a doctor.