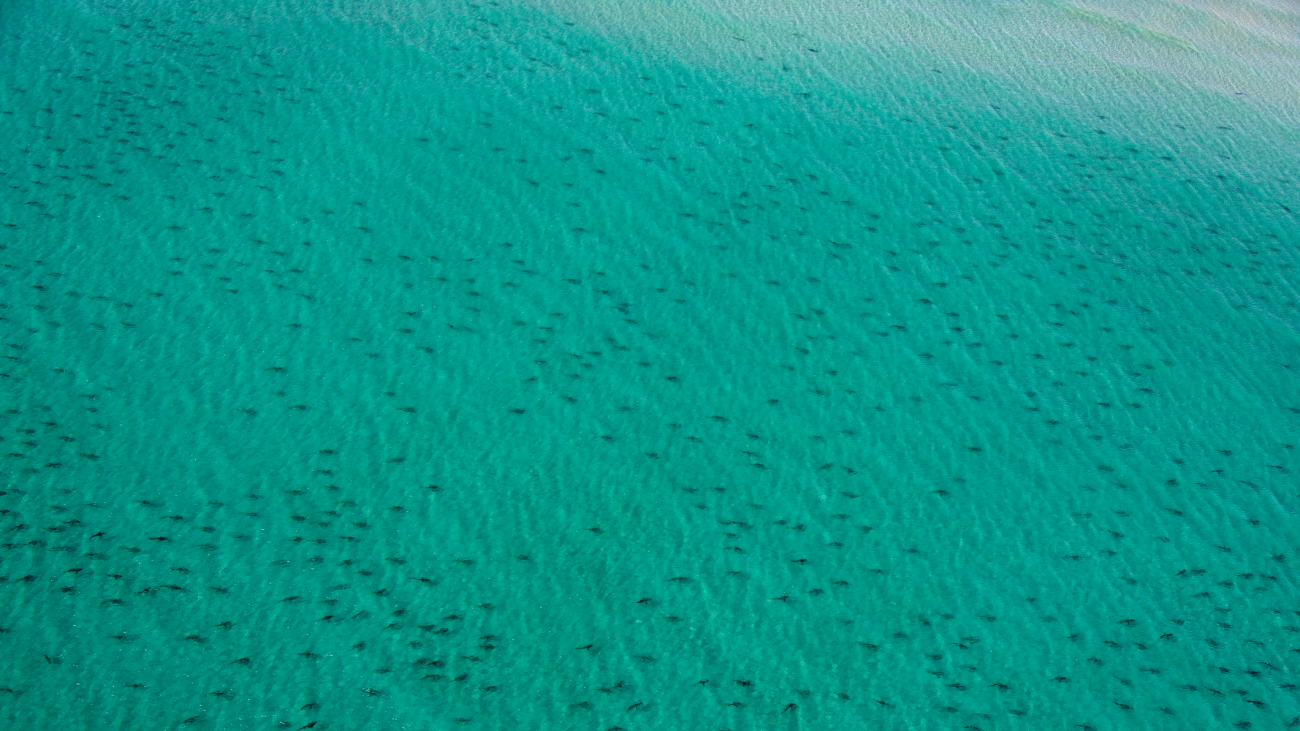 Galeophobia is a ‘fear of sharks’ and it’s one of the most common phobias on earth. ‘Galeo’ from the Greek word for ‘Sharks’ and ‘Phobos’ for ‘fear’. In Psychology, it is an extension of Megalohydrothalassophobia which is a ‘fear of underwater creatures (or objects).’

If you prefer swimming pools to open water, you’re not alone. But your fear is almost undoubtedly irrational as the odds of a shark attack are so infinitesimally small (1 in 11.5 million) that you’re more likely to die from a vending machine than a shark attack.

With that in mind, this beach in Gascoyne, Western Australia that is swarming with sharks is a galeophobic’s worst nightmare. Even someone who has no fear at all of swimming with sharks might think twice before taking a dip in these waters due to the sheer number of Nervous Sharks (that’s the actual species name) in the area.

According to the video’s description, this was filmed at by drone at “a secluded beach within the Shark Bay World Heritage Marine Park” in Western Australia. The footage was captured on October 23 so it’s a few weeks old but just now being published to YouTube.

The ‘Nervous Shark’ is a species of requiem shark, a family of sharks that includes Bull Sharks, Tigers, Spinners, Blacktips, Reefs, and other common shark species. The Nervous Shark is found in shallow waters off Australia, the Solomon Islands, and Papua New Guinea. They max out at around 4.5 feet long.

I tried to count how many Nervous Sharks were in that video but lost count quickly. There are probably hundreds of them in that massive school.

In the future, if you ever need to explain ‘Galeophobia’ to someone you should just show them this video.

The kayaker dropped a GoPro on a line behind his boat and dragged it along. When reviewing the footage he found that he was being stalked by a great white shark for minutes https://t.co/13nWg8wNHv