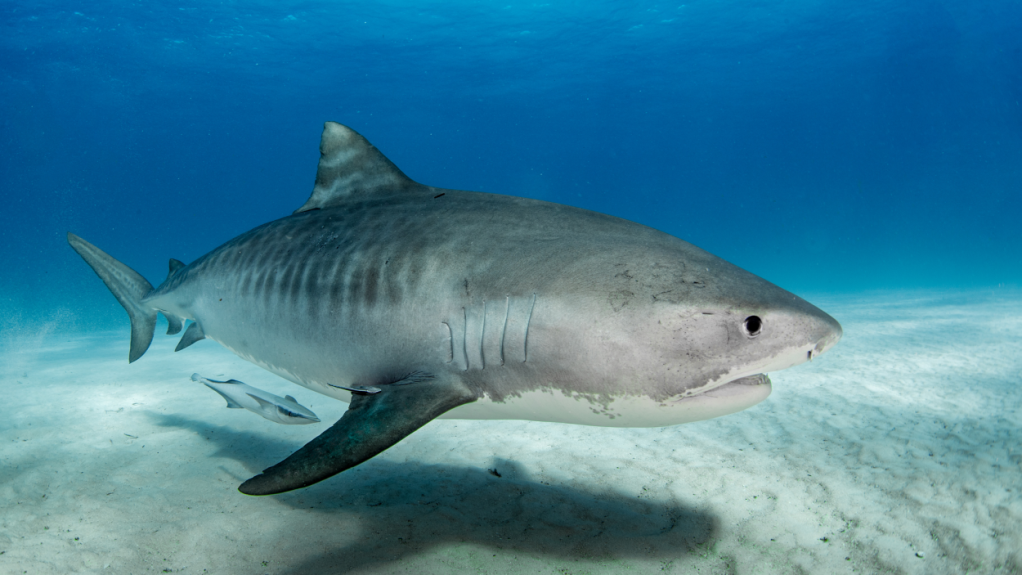 Ocean Ramsey is a renowned freediver and model. She has done incredible things to raise awareness for shark conversation but has gained some critics for her videos interacting with tiger sharks and other shark species.

On the one hand, it is important for people to see tiger sharks in their natural environment and not as they’ve been portrayed in the media. This species has a reputation for causing attacks and eating anything that moves. But her Ocean Ramsey’s videos show another side of this species.

Then the flip side of that is it’s potentially very dangerous for people to get so ‘familiar’ with tiger sharks and other species, dangerous on both sides. It’s not hard to see how problematic it might be for an unexperienced diver to attempt interactions like the ones below. Likewise, sharks becoming overly familiar with humans/divers could be extremely problematic.

With all that in mind, her recent videos have shocked many. In one of them she nearly jumps into the mouth of a tiger shark before it breaches:

It wasn’t just that single encounter. Here is Ocean Ramsey in the water with the sharks including some additional footage:

Tiger sharks have certainly been branded as one of the most dangerous species of shark around. But then there are videos like this one from last year:

The gist there is a diver hadn’t been able to get out to see a shark it regularly dove with. And it appeared that both recognized each other after the long separation. I’m not sure I buy it but it’s still a nice story.