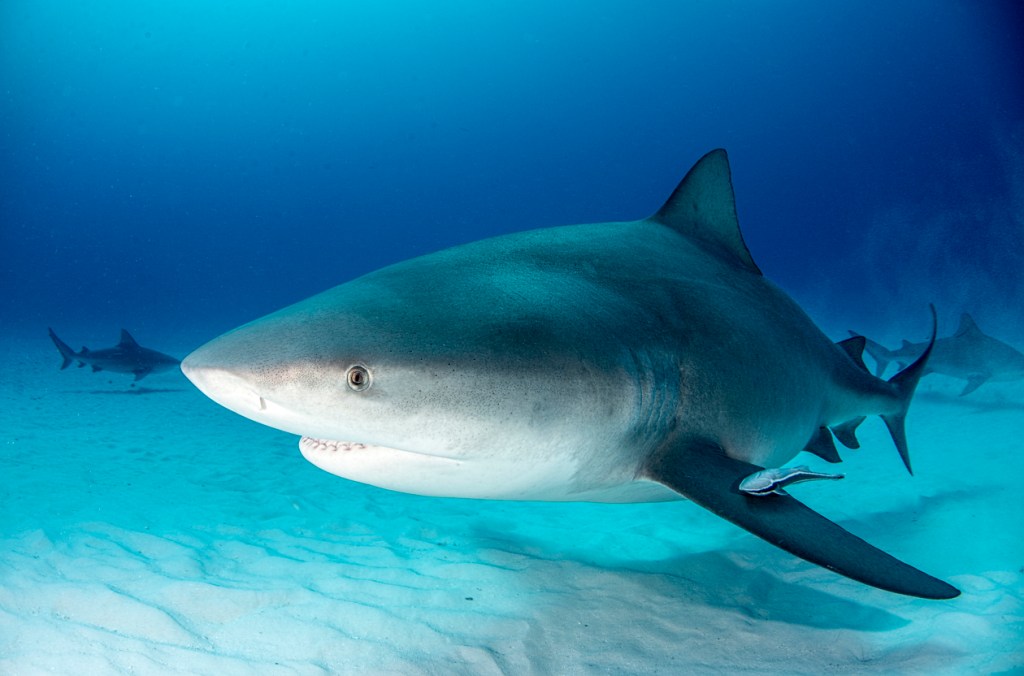 A Louisiana man caught the fish of a lifetime on Lake Ponchartrain in New Orleans. For anyone not familiar with NOLA geography, Lake Ponchartrain is a massive lake that borders the city and also slowly feeds out into the Gulf of Mexico.

Bull Sharks Can Lived All Over

Because Lake Ponchartrain feeds into the gulf the water is brackish, a mixture of freshwater and saltwater. This leads to a mixing of saltwater and freshwater species living alongside each other including bull sharks which are perfectly suited to life in brackish water. In fact, bull sharks are so good at surviving in brackish water one has even been caught in St. Louis before.

New Orleans locals all know there are bull sharks in Lake Ponchartrain. Their presence isn’t shocking anybody. But it acts as more of an estuary for smaller sharks to grow through adolescence before moving out into the Gulf of Mexico where they can live their lives as apex predators. What is shocking is the presence of a ‘human sized’ bull shark in the lake.

That’s how this one was described by a local news WGNO/ABC26/WNOL38 broadcast after Joseph Rohaley reeled in the 5-foot bull shark that took him 45 minutes to land. The news crew went out to the spot he caught this big New Orleans bull shark and it’s remarkable how close it was to popular spots on the lake.

Angler Joseph Rohaley certainly has interesting taste in fishing music. Me and the boys usually listen to bands like Rebelution or Sublime. And if we are fishing in skinny water we aren’t listening to any music at all because we don’t want to spook the fish. But this man says he was out there listening to JAWS music when he hooked up with the 5-foot bull shark.

The Fish of Lake Ponchartrain

Lake Ponchartrain has lived more lives than most lakes. Because it saddles up to the side of New Orleans and opens up to the Gulf of Mexico it has seen centuries of fishing, logging, development, and pressure from residents. The lake has been battered by category 5 hurricanes that have shaped and reshaped it over time. But it continues to be a thriving ecological area.

The massive lake measures 40 miles long and 24 miles wide at its widest part with an average depth of just 12-14 feet. Lake Ponchartrain is home to fascinating species like the alligator snapping turtle, American alligator, gulf sturgeon, paddlefish, and of course, bull sharks.

As a popular fishing destination, Lake Ponchartrain offers a chance to catch speckled sea trout, redfish, sheepshead, and flounder alongside largemouth bass and gar. It really is an angler’s dream in terms of size and variety.

Bull sharks don’t pose a threat to humans simply by existing. There is zero evidence they are actively seeking out human flesh as a snack. However, bull sharks do account for the most unprovoked attacks on humans of any shark species and that’s primarily because they are voracious predators.

Like any shark, they need to be respected. Because bull sharks are so adept at living in brackish water they often inhabit areas with low visibility in the water. Mistaking a human for a fish isn’t all that hard if they’re going after anything that moves because it’s so hard to find a meal.

So if you are ever in an area that’s known to be inhabited by bull sharks just be aware and exercise caution.

The first-ever footage of orcas killing a great white shark and living up to their 'killer whale' name https://t.co/0T3rqabpVN