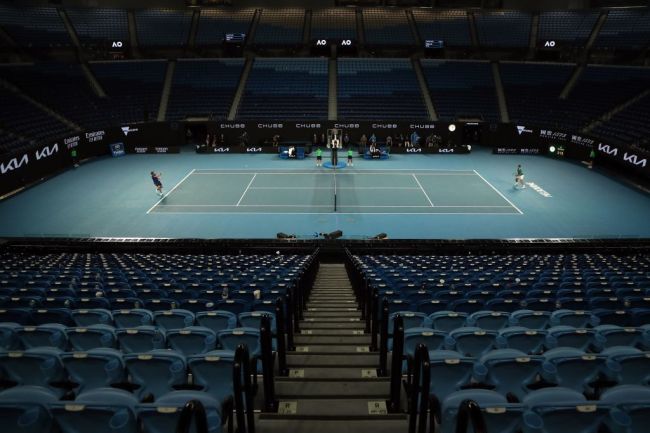 It’s been fantastic seeing maskless fans able to attend the Australian Open open throughout the week, but the dream of being almost completely back to normal (up to 30,000 fans were allowed) was short-lived as the state of Victoria announced a five-day lockdown forcing the tournament to go on without spectators.

The lockdown started Saturday at midnight and at 11:30 PM (GMT +11), as the Novak Djokovic – Taylor Fritz third-round match was still going on, spectators were forced to leave the match. Spectators were not happy that they were having to leave the grounds.

Victoria’s decision to go into a lockdown is in response to authorities identifying 13 new cases tied to an employee of a quarantine hotel in Melbourne, who tested positive for the so-called United Kingdom coronavirus variant on Monday. In the previous 24 hours, five cases of the new strand had been identified.

Prior to the 13 new cases, Victoria had largely eliminated the virus having not seen a local infection for 28 days.

The state of Victoria will be under the following restrictions for five days, per the BBC: