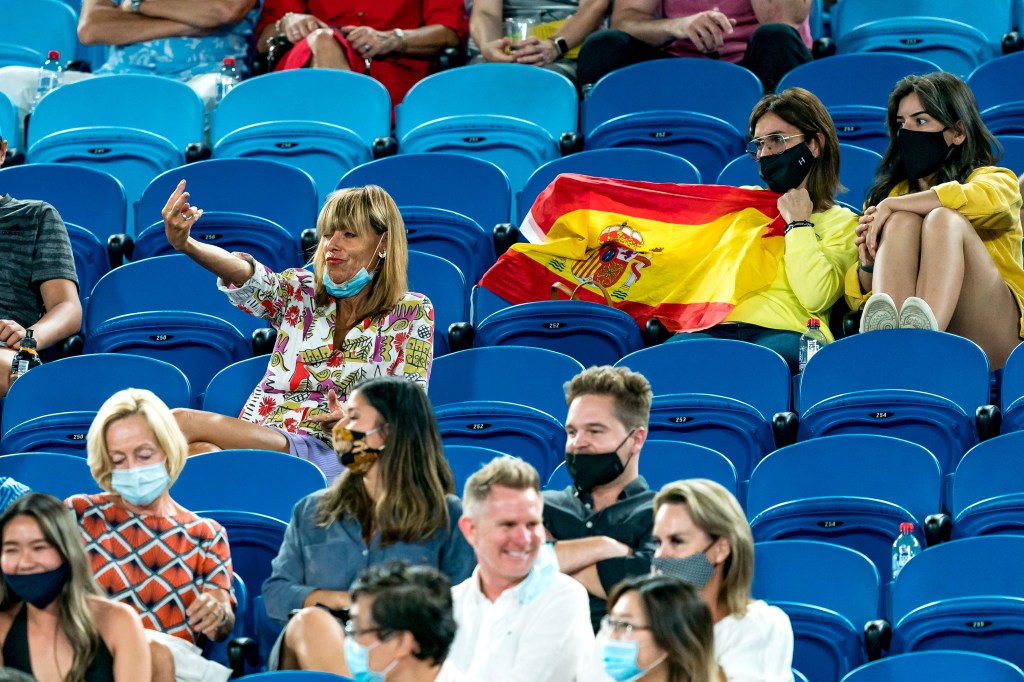 I didn’t realize until today how badly I miss watching an obnoxious fan get tossed from the bleachers because they got hammered and tried to insert themselves into the game somehow. You know the exact scenario I’m talking about. That guy who drove in from an hour away for the game and was double-fisting those stackable Souvenir Cup beers before the game even started. The guy who was embarrassing his friends and family before the first pitch. And the dude who gets dragged out by security before the 7th inning stretch. I honestly cannot wait to see that guy in person again.

The Australian version of this played out when an inebriated fan got tossed by security for repeatedly throwing up the middle finger to Rafael Nadal and using all sorts of colorful language. I’ve never seen a fan get tossed from a tennis match in person. I’m adding that to my bucket list. And while I’m typing this out I’m suddenly realizing that the next era of live sports will see more streakers trying to sprint across fields than ever before.

Here’s the full clip on Twitter with an edited and shortened version on YouTube below. You can hear talk from the announcers about the state of the fan. The Twitter clip below is better, it shows more of what happened:

A fan has been BOOTED from the match for unsavoury language and flipping the bird to Rafael Nadal! 💥😂

And here’s the shorter version:

Not all #AO2021 spectators are fans of Rafa Nadal.

Rafael Nadal won his match in straight sets, by the way. He made quick work of Michael Mmoh (6-1 6-4 6-2) and advanced to the 3rd Round of the Australian Open.

Nadal famously only has one Australian Open title (2009). Could this be his year? It’s a weird year, anything could happen, right? Hit me in the comments down below and give me your Rafael Nadal predictions.