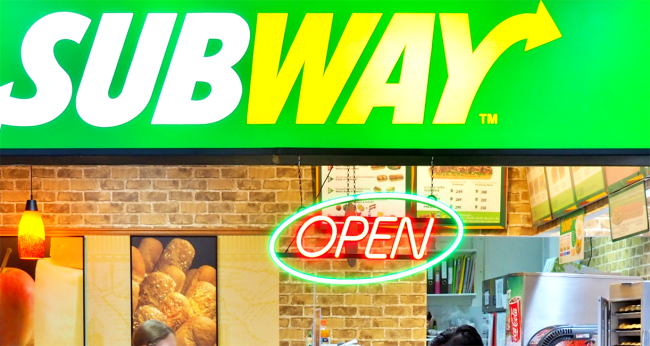 While Brittney Griner sits in jail after being detained in Russia back in February for having vape cartridges containing 0.7 grams of cannabis oil in her luggage at the airport, a 19-year-old Australian woman was fined $1,844 over a Subway sandwich she had in her possession when she landed back home after a vacation.

Travel these days, am I right?

By now, you probably know Brittney Griner’s story forwards and back, but the tale of Jessica Lee is one you might not be familiar with… unless you are a big TikTok user.

According to the Washington Post, the world’s most expensive sandwich is a champagne-breaded, gold-flake-sprinkled grilled cheese from New York’s Serendipity 3 that sells for $214.

Jessica Lee’s Subway sandwich, a chicken footlong topped with lettuce, cost her over $1,800.

How could this possibly happen? Well, as Lee was making her way back from a vacation in Greece she had a layover in Singapore.

It was there that she made her ill-fated sandwich purchase.

“I got a footlong from Subway, and we waited so long in line for it,” Lee said. “Then I asked [the airline representatives] before I got into my connecting flight if I could take it on the plane, and they said it was fine.”

It was not fine. But there was a fine when she landed thanks to the half-eaten sandwich!

Because she didn’t declare her sandwich when she entered Australia – a violation of the country’s Biosecurity Act.

“All my friends and family were sending me screenshots of the news articles, and I was just sitting there thinking, ‘Like, yeah, I’m actually on the internet for being an absolute idiot,’” she told the Post.

Lee’s $1,844 fine caught the eye of Subway after she posted about it on TikTok

Lee shared her story on TikTok, racking up over 1.3 million views.

Once the video went viral, the Domino’s Australia TikTok account tagged Subway Australia with the message, “Help her.”

“We’re on it,” the Subway TikTok account replied, and they were.

Although “they couldn’t pay the fine,” Subway did gift Jessica a voucher for $1,844 worth of sandwiches and a bag full of goodies.