The Mindblowing First Trailer For ‘Avatar: The Way Of The Water’ Is Here 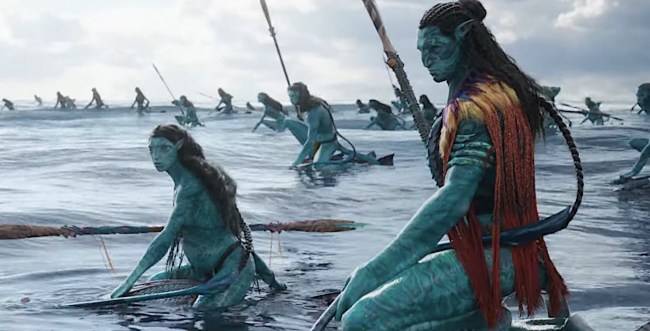 The first trailer for James Cameron’s Avatar: The Way of the Water is here. The film, a sequel to 2009’s Avatar, will hit theaters in the United States on December 16. Check out the first official trailer for the film below.

Avatar: The Way of the Water official teaser trailer

In addition to the first trailer, the first official poster for the film was also released:

‘Avatar: The Way of the Water’ poster 💧

A sequel to 2009’s Avatar, which has been the highest-grossing film of all time ever since it was released (although it was briefly displaced by Avengers: Endgame), The Way of the Water has experienced numerous delays over the last decade.

Given all of the anticipation that’s surrounded the project over the years, and how comic book movies have changed the box office landscape, it will be fascinating to see if Avatar: The Way of the Water can remotely recreate the historic success of the original.

The film is just one of many sequels that are scheduled to release in the coming years. At this time, Avatar 3 is set to hit theaters on December 20, 2024, with two more additional sequels being planned for 2026 and 2028.

Avatar: The Way of the Water stars Sam Worthington, Zoe Saldana, Stephen Lang, Giovanni Ribisi, and Sigourney Weaver, who will all be reprising their roles from the first film. In addition, Kate Winslet, Cliff Curtis, Edie Falco, Michelle Yeoh, Jemaine Clement, and Vin Diesel, have also joined the cast. The film will finally hit theaters in the United States on Friday, December 16.