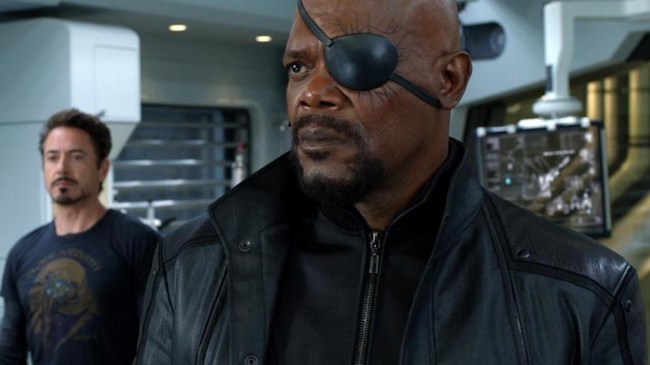 Heading into the release of Avengers: Endgame, my money was on Captain America being the main casualty of the film.

Given his man-out-of-time nature and his status as the emotional core of the Avengers, Steve Rodgers’s death just seemed as though it would provide the most devastating punch.

Obviously, I was wrong, as it was Tony Stark that proved to be the big sacrifice of the film, as Iron Man used his final moment to snap Thanos away into the ether.

While Stark’s death was the emotional knockout that most fans expected heading into the film, recent Avengers: Endgame concept art has revealed that there were early plans to take another OG Avengers character off the board: Samuel L Jackson’s Nick Fury.

“First of all, to clarify the timeline, that’s real Nick Fury at Tony’s funeral at the end of [Avengers: Endgame],” Watts tells ComicBook. “So it’s not like he’s been a Skrull forever or like, it’s not like he’s been a Skrull since Captain Marvel.” Originally, there was an idea to tease the reveal of Fury as a Skrull early on for eagle-eye viewers and hardcore fans of the Marvel Cinematic Universe. “We were going to have him eat diagonal toast cut diagonally,” Watts said, referencing the Captain Marvel dialogue in which Fury said he will never cut his toast diagonally. “You know that one? That would’ve given it away.” [via ComicBook]

While not as brutal as wiping out Steve Rodgers, the death of Nick Fury certainly would have provided yet another emotional wallop, as he’s been integral to the franchise ever since it began with 2008’s Iron Man.