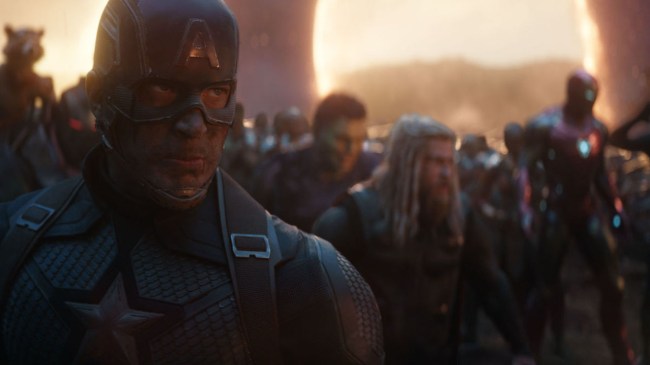 Just because it’s the highest-grossing film of all-time and is generally beloved by fans and critics alike does not mean that Avengers: Endgame is a perfect film. Just ask Honest Trailer.

Honest Trailers, a production of Screen Junkies, has been airing on YouTube for over seven years now (the first episode premiered back in 2012), which is really a testament to just how well they’ve skewered popular movies over the years.

So, it’s only natural that as soon as they got the chance to take a shot at the new box office king — Avengers: Endgame — they were going to shoot it.

Despite the fact that Avengers: Endgame has only been available on digital platforms for about a week, Screen Junkies has already cut together an Honest Trailer that takes aim at the “grief, loss, guilt, depression, and despair”-filled blockbuster.

Deftly pointing out that “today’s escapist fantasy isn’t becoming a superhero, it’s going back to fix your mistakes instead of scraping by in the waking nightmare of your own failure”, the Honest Trailer for Avengers: Endgame absolutely nails the fact that Marvel Studios employed the same old trope that most franchises use when they’ve written themselves into a corner: time travel!

This isn’t the first time that the Marvel Cinematic Universe has found itself in the crosshairs of Honest Trailers, as the YouTube staple has tackled Captain America: Civil War, Captain Marvel, Avengers: Infinity War, all of the Iron Man movies and the MCU as a whole.

All that said, we all know that Marvel Studios has essentially created a master formula for superhero filmmaking, as they’ve only produced TWO movies that sit below a 70% critics score on Rotten Tomatoes: 2008’s The Incredible Hulk and 2013’s Thor: The Dark World.