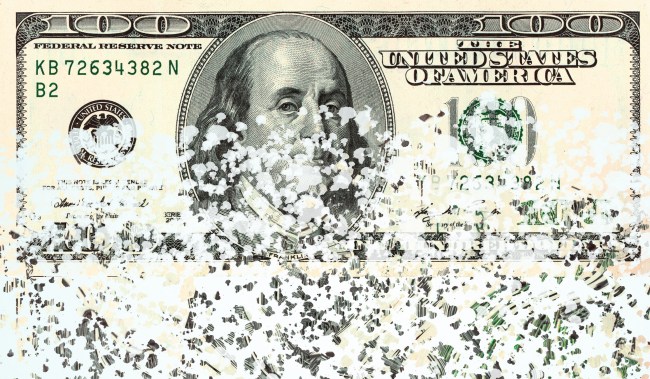 The internet is very angry today. Yes, more so than usual. Today it’s because of a new CNBC article that discusses how a couple making $500,000 a year can still have a very “average” budget.

Sam Dogen of “Financial Samurai” breaks down the budget of two New York City-based spouses, each of whom makes $250,000 a year as a lawyer. They’re 35 years old and they have two young children. “This one couple shared their story and I decided to anonymously highlight their reported expenses,” Dogen tells CNBC Make It, with a focus on why they end up feeling “average” even though they’re such high earners.

Dogen’s definition of “little to no” money is a whole lot different than your and my definition.

Here's a budget breakdown of a couple that makes $500,000 a year and still feels average. https://t.co/mauqIGvcRw pic.twitter.com/eh7xBwvMV1

Note: When you add the $18K in charitable contributions (not a required expense) to the $36K in 401k contributions (also not an expense), plus the (only) $7,300 they have left each year, it would seem to me, based on my fuzzy math, that this couple in reality could have saved about $61,300 a year. Oh, the struggle!

The media salary in the United States is $32,000. This "average" family contributes more than that to their retirement every year.

Also, this family STILL has $600+ in unused disposable income a month. What the fuck are they complaining about?

Can you even imagine complaining about having $600 in just... money... laying around... every month...

Personally I love to be so goddamn deluded that I can save $36k a year for retirement, have a $200/month per person clothing budget, and spend $2000/month on food, and STILL have $7300 leftover as Do Whatever money, and think that's "average"

Oh man, is there a GoFundMe for these people?? I want to help out however I can

$9,500 per year on clothes for 4 people... that's naerly $200 a month per person on clothes. What do they do, buy new underwear every time it gets dirty?? how the fuck

Possibly the dumbest thing I will see on the internet today