Avril Lavigne Finally Addressed (And Didn’t Deny!) The Conspiracy She’s Dead, Been Replaced By A Clone 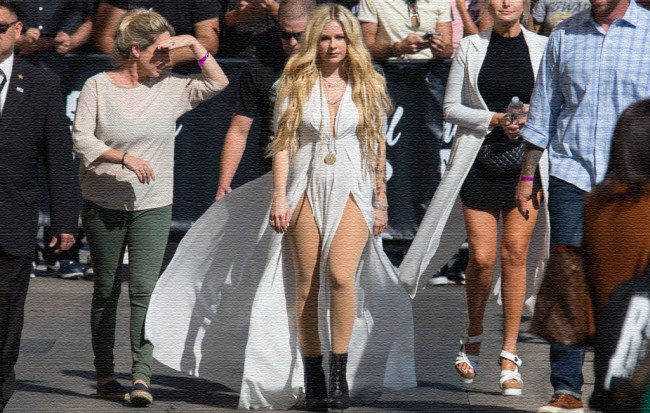 If you are a regular visitor to the internet then you are probably aware of the long-standing conspiracy theory that Canadian singer Avril Lavigne is dead and was replaced by a body double or a clone after committing suicide way back in 2003.

Yes, 15 years is a long time for conspiracy theory to have legs. But as recently as May of 2017 it was still going strong as folks on the internet went nuts trolling Lavigne after she posted an innocent tweet about her upcoming album.

WHY YOU GOTTA GO AND MAKE THINGS SO COMPLICATED
ACTIN' LIKE YOURE SOMEBODY ELSE GETS ME FRUSTRATED #notmyavril pic.twitter.com/LNpOJjWoWh

I'm not saying Melissa is Avril, but you'll never see them in the same room together 🤔#notmyavril

The “Melissa” people were, and have been, referring to is Melissa Vandella, the fictional (?) person who some say has been impersonating Lavigne since 2003.

Of course, such a claim is preposterous.

Well, now we can put these conspiracy theories to rest since Lavigne herself (?) recently appeared on KIIS 1065’s Kyle & Jackie O show and was asked, point-blank, about the rumors.

“Yeah, some people think that I’m not the real me which is so weird! Like why would they even think that?” Avril responded.

Of note, as soon as Jackie asked the question, the phone line suddenly started to “break up.”

That’s not a denial!!