NASA Engineer Builds Glorious Bait Package That Farts, Video Of Glitter Bomb Blowing Up On Thieves Is A Must-Watch 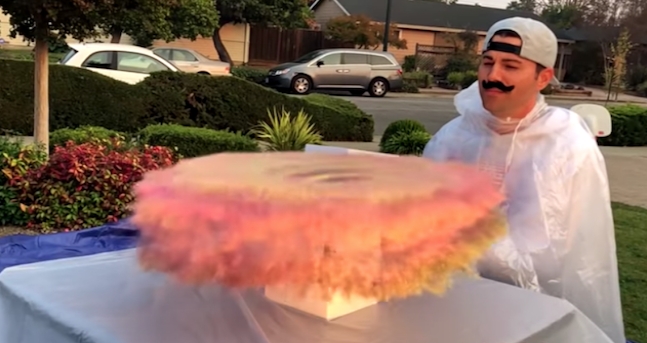 My threshold for watching internet videos lasts for about 37 seconds, but watching this 11-minute video of a former NASA engineer formulating and constructing a magnificent bait package for porch pirates is 11-minutes well-spent. This fake Amazon package has four cameras to capture the moment that this glorious device literally and figuratively blows up in the face of thieves with a glitter bomb.

Mark Rober was tired of robbers robbing his Amazon packages so he got revenge the best way he knew how — build something incredible and technologically advanced that will make thieves regret ever stealing stuff. Rober, who worked at NASA’s Jet Propulsion Laboratory for nine years, spent six months creating a fake Amazon package that had a bevy of tech inside as well as a fart machine.

Rober’s bait package creation was housed in an Apple HomePod speaker box, featured four smartphones inside with wide-angle lenses to capture the moment the glitter bomb explodes. The package also has a GPS locator to track it down to reuse it again and an accelerometer, which would cause the phones to start recording once the box is moved. A spinning cup would ensure that glitter flies everywhere and causing the male thieves to look like they just left a strip club. A canister of fart spray would dispense five spritzes of the pungent aroma every 30 seconds.