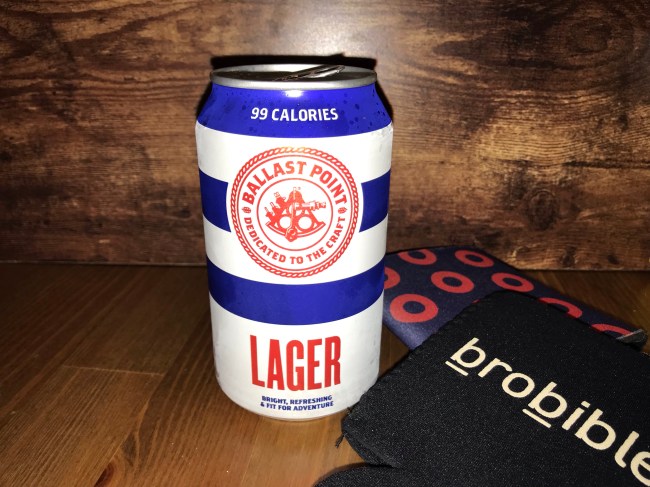 I had a revelation about beer this past weekend. After a grueling 5-mile hiking up Cascade Head on the Oregon coast, we slumped into a dive bar achy and hungry for a pot of steamers.

The beers on tap were what you’d expect at a dive in Oregon; IPAs, pale ales, a couple browns. After all, the Pacific Northwest is the  spiritual home to amazing hoppy beers, meticulously brewed with local hops grown in Oregon’s rich soils.

The IPA ordered was delightful in taste, but in that moment – still sweaty and bone-weary from hiking – uninspiring. It was missing the underlying satisfaction that comes with a beer that can quench your thirst, not just cause your tastebuds to dance.

Hence, my revelation: Taste and thirst in a great beer aren’t always rhythmically aligned. When you’re thirsty, you just want something cold and approachable, yet still tasty.

Ballast Point Lager is that highly approachable beer. The San Diego brewery’s new, nationally-distributed light beer prides itself on it’s crushability. When you buy a six-pack of Ballast Point Lager at the grocery story, the packaging on the side describes itself as “the quintessential cooler beer for lively adventures.” That self-characterization makes me chuckle – Isn’t every beer a cooler beer? 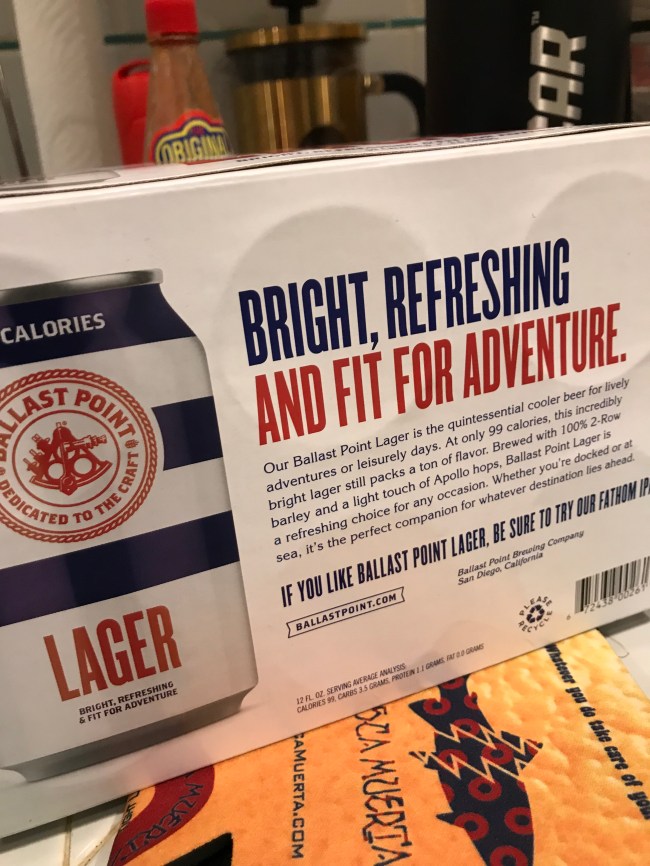 No, it isn’t. You’re not going to keep your $18 four pack in the cooler you keep on the back patio all summer, iced down for when you finish the lawn after work. That expensive hobby beer belongs in the fridge.

Ballast Point Lager, however, belongs precisely in that cooler.

It’s only 99 calories and 4.2% ABB per 12 oz can, making it the perfect light beer for all kinds of scenarios that call for an easy drinking lager: With friends at the cabin, chillin’ on the couch watching the game, at the top of a mountain, etc. You can load up with Yeti and head to the beach for an afternoon beer with the bros and not feel like you just gorged on a holiday ham supper with all the fixings while in your board shorts.

In an era with a gazillion craft beers, a new importance is emerging for us grizzly craft beer drinkers worried about all the pounds we put on in our 20s and 30s from those full-bodied brews:

Taste is subjective, but thirst isn’t.

Ballast Point Lager was clearly created with thirst in mind. It’s a beer for those of us who want that easy-to-grab cooler beer when we’re mindful of our dad bods, but still want a flavor that makes a craft beer taste like it was lovingly made by our buddy down the street.

Right smack at the bottom of the red, white, and blue can, it says Ballast Point Lager is “bright, refreshing, and fit for adventure.” 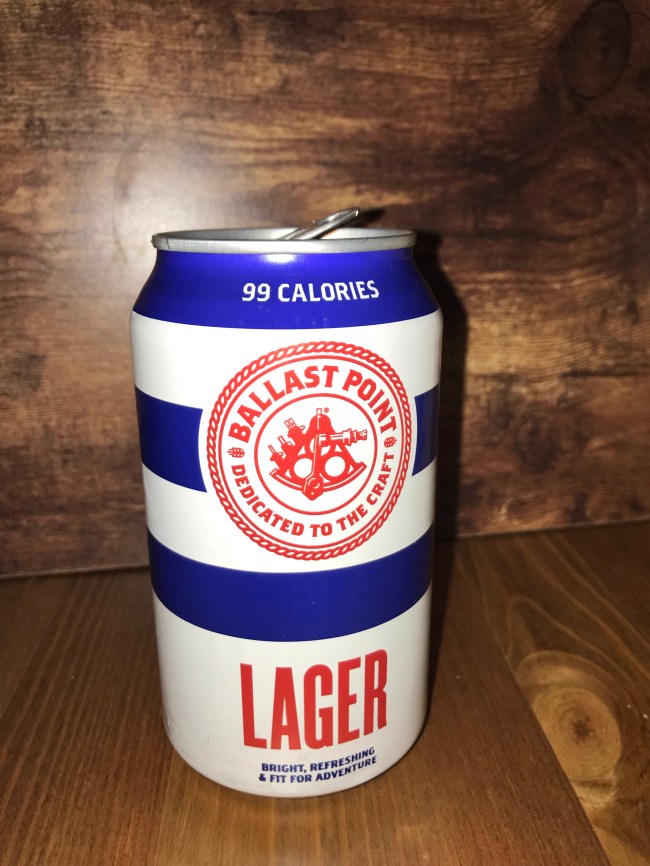 And what that means, under it all, is many adventures, plural.

Because what’s the point of climbing all those hills to feel at your peak self if you can’t refresh yourself at the bottom by raising a beer with your friends in a moment of fraternal conquest, over and over again?

Ballast Point Lager is that beer.