Can We All Agree It’s Finally Time To Ban Depressingly Sad Ads From Airing During The Super Bowl? 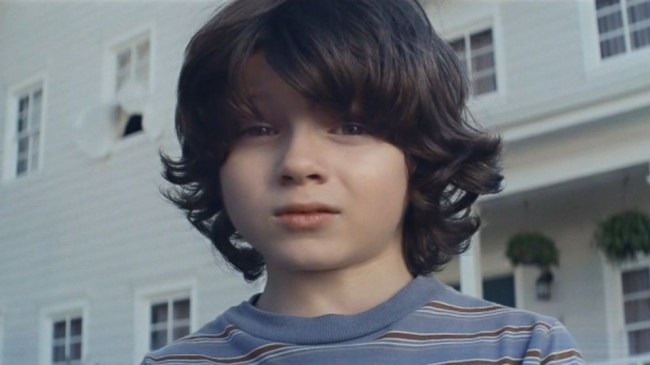 In the realm of water cooler talk, there is likely nothing that reigns supreme quite like Super Bowl commercials. Even people that know nothing about football feel comfortable jumping into the fray of conversation to trade takes on this year’s Doritos spot.

Super Bowl ads strike the perfect balance of having been seen by most people and being relatively innocuous, which is the right recipe for harmless banter while you chug some water out of a cone-shaped paper cup and put off doing actual work, which reportedly costs employers $50 million every year.

There are three categories that you can lump most commercials into, each of which is contingent upon the overall tone or the emotions that the ad is trying to elicit from you, the humble viewer.

First, you’ve got the “Funny (Or At Least Trying To Be)” commercials like anything from Geico or most snack foods. There’s also the “Hit You In The Feels” ones favored by car companies and anything featuring the magnificent bastards that are the Budweiser Clydesdales. Finally, there’s “Just Straight-Up Depressing” (although you could argue there’s a fourth group dedicated to trailers and the midseason replacement sitcom a network is airing after the game).

It can be argued that each of these varieties can be effective. With that said, there is simply no place for sad commercials during the Super Bowl.

Whether you decide to take in the Super Bowl at a party, a bar, or on a solo mission in the comfort of your home, the overall goal is to have a good time. You want to eat, drink, watch football, and regret all of the decisions you made the night before on Monday morning.

But then something like this comes along to harsh your Super Bowl mellow.

In the end, Nationwide sorta won because I’m still talking about an ad of theirs that originally aired five years ago. But at what price? There had to be a more appropriate time for the company to take the brave stance that children dying in preventable accidents is a bad thing than during league-mandated ad breaks at the Super Bowl.

This spot was probably bookended by the Snickers commercial where Abe Vigoda plays football and the middle school boner material of a GoDaddy ad. I don’t feel like that’s a good time to be reminding people of child mortality rates.

I can’t even imagine how angry other companies were after they spent millions of dollars to try and get people to buy their soft drink or whatever but everyone missed it because viewers were too busy weeping into their plate of nachos because the Nationwide kid died.

Are these necessary? Did anyone hop off the couch right then and there and announce to all others within earshot, “Dammit, I’m calling Nationwide right now. There will be no child deaths due to preventable accidents on my watch!” before they started dialing?

Also, if a Super Bowl commercial was the catalyst for you to realize that you should keep an eye on your youngster while they take a bath or play in the yard, maybe you’re not ready for kids.

If for some reason you didn’t feel like the topic of death had been touched on enough over the course of Super Bowl XLIX, you were in luck, because that same year Dodge unveiled this geriatric gem of an ad.

While not explicit, we can all read between the lines. The lovely folks in this ad were (and I feel the need to emphasize “were”) playing with house money. They’re also imparting life advice that makes you want to stop and reassess the way you live but no one wanted to do that half a dozen beers in and praying for the Seahawks to cover (which they would have if it wasn’t for that meddling Malcolm Butler).

I think this all goes back to 1984 when Apple tried to scare audiences into buying a Macintosh.

This commercial is great—pulling off something powerful like that isn’t easy but bumming people out is.

Making people sad only requires using the same tired clichés over and over again. Children, animals, old people; It’s like shooting fish in a barrel (both a cliché and, if taken literally, perfect Super Bowl ad fodder).

I say we finally put an end to this.

Similar to the way movies are rated, there needs to be a board that protects everyone’s good time by weeding out the sad commercials. It would be an esteemed panel of various backgrounds that would determine what’s too sad to air during the Super Bowl.

A commercial that implies the death of a dog? Not during the Super Bowl.

An ad that makes you feel guilty about using plastic straws? I don’t think so.

Anything that uses a Sarah Mclachlan song to shame you into coming to the rescue of mangy abandoned pets that shake uncontrollably? Not a chance.

These commercials can air any other time, but if you want to be seen during what advertisers are forced to call “The Big Game,” then you need to be awe-inspiring or at least attempt to be funny.

After all, things need to be kept light after some of us have our hearts ripped from our chests because Demi Lovato hit the under on the anthem after we spent too long analyzing her past performances and bet the over.