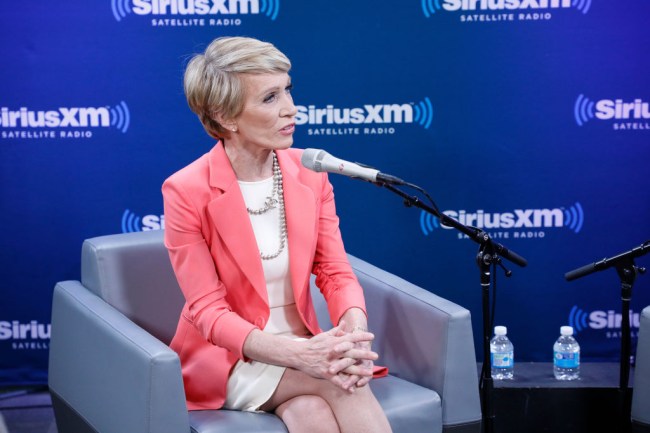 John Corcoran took his annual vacation at a resort in the Dominican Republic. The 64-year-old who owned a successful roofing company in New Jersey and was waiting for the arrival of a longtime friend. John was found dead in his hotel room by the friend.

The U.S. State Department confirmed John’s death to Fox News: “We can confirm the death of a U.S. citizen in April 2019 in the Dominican Republic. We offer our sincerest condolences to the family for their loss. Out of respect for the family during this difficult time, we do not have additional information to provide.”

Dominican Republic authorities said that the cause of death was heart attack. Barabara Corcoran said that she was not aware of an autopsy having been conducted on her brother.

A 64-year-old man dying of a heart attack wouldn’t necessarily be unusual, except that six other American tourists have died in the Dominican Republic in recent months and the cause of death has been heart attack on several occasions. Dominican Republic coroners have also said that relatively young women, 41-year-old Miranda Schaup-Werner and 51-year-old Yvette Monique Sport both from Pennsylvania, also died from heart attacks.

In the past year, seven Americans have died in the Dominican Republic, three of which have said to have died from heart attacks according to Dominican Republic authorities. A newly-engaged couple from Maryland were found dead at the Bahia Principe Bouganville resort in La Romana on May 30. Edward Holmes, 63, and Cynthia Day, 49, were said to have respiratory failure and pulmonary edema according to a preliminary autopsy.

Kaylynn Knull and Tom Schwander were vacationing at the Grand Bahia Principe La Romana in June of 2018. The couple alleges that they got so violently sick during their stay that they had to leave the Caribbean island and go back home to Colorado. They claim they were sick for six weeks and their doctor said they were suffering from poisoning by insecticides. They filed a lawsuit against the Grand Bahia Principe La Romana resort.

Nearly 70 tourists have reported getting violently sick while vacationing in the Dominican Republic since March. The iwaspoisoned.com website, that tracks food-borne illness outbreaks, had only 10 reported illnesses for all of the Caribbean nation in all of 2018. More than 45 of tourists who were ill said they were guests at the Hard Rock Hotel & Casino Punta Cana.

Barbara has nine siblings, but called John her “favorite brother” and that he had a larger-than-life personality and he would have been great on TV.

10 kids, 1 bath. I’m 10 times blessed having grown up as 1 of 10 children. My mom taught us that every child had a special talent and we all had to pitch in if we were going to be a strong family. I later built a happy company 1000 people strong on those two simple principals. Happy #nationalsiblingday 👨‍👩‍👧‍👧

Barbara Corcoran’s assistant, Emily Burke, released a statement: “John Corcoran passed away at the end of April in the DR from what is believed to be natural causes. He loved and frequently visited the Dominican Republic. Barbara would like to respect the privacy of his children and is not releasing any other information at this time.”

John Corcoran’s daughter told People magazine: “My father had a heart condition, so his death didn’t come as a complete shock to us. Obviously, we didn’t expect him to die, and we are devastated. But it’s just a coincidence that it happened in the Dominican Republic like those other deaths.”

Lande says her dad’s death is different than the other recent deaths. “They were staying at a private home,” Lande said. “There was no minibar, no malfunctioning air conditioner, nothing like the other cases. So this isn’t a mystery to us.”

“Our entire family is thinking of the families who have questions about their loved ones’ deaths,” Lande says. “I can’t even imagine what they’re going through, and I hope they get the answers they need. But that’s not our situation. We know what happened, and we have closure.”

Lande ended by saying, “It’s just the sad loss of a father and grandfather who everyone is missing right now. He was a loving, wonderful man from a big family, and lots of people are mourning his loss.”

First look of Shark Tank Season 11! And hoping no one can tell how many donuts I’ve had for breakfast (Swipe ➡️) Styled by @tomyriverobeauty