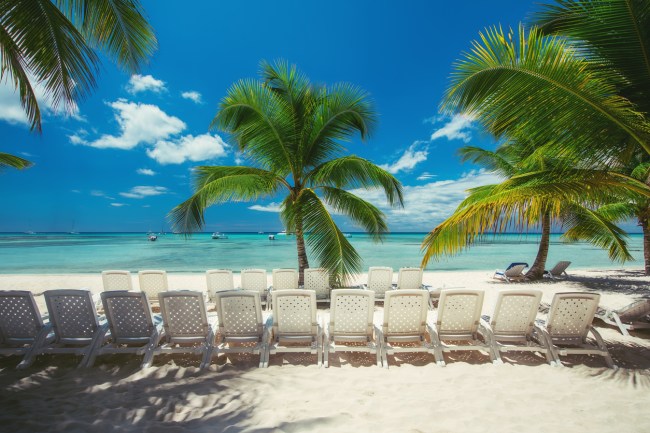 Six American tourists have died at Dominican Republican resorts from similar mysterious causes of death. After the deaths made headlines in the U.S., more travelers are coming forward with their own alarming stories of how they became gravely ill while staying at resorts in the Dominican Republic. Now the FBI has launched an investigation into the peculiar deaths.

In June 2018, Yvette Monique Sport vacationed at the Bahia Principe Resort in Punta Cana. Relatives of Sport say that 51-year-old Pennsylvania woman had a drink from the minibar of her room at the popular hotel chain. Yvette went to bed and never woke up. The coroner in the Dominican Republic listed the 51-year-old woman’s cause of death as heart attack.

In July of 2018, David Harrison died at the Hard Rock Hotel in the Dominican Republic. Harrison allegedly began feeling sick so he went to bed early only to wake up covered in sweat.

“He couldn’t sit up, and he was making noises that… you couldn’t make out. He was struggling quite a bit to get out of bed and to talk,” David’s wife Dawn McCoy told WTOP. “I tried to communicate with him and all he could do was mumble.”

McCoy said she called for the hotel’s doctor three times and it took more than 20 minutes for the physician to arrive. But it was too late, David had died.

Dawn McCoy said her husband was in excellent health during the vacation. “My husband was a very fit, very healthy person when he passed away,” the widow told Inside Edition. “We were having a great time … and we ended up coming home as a broken family.”

McCoy said her husband received a physical exam shortly before they went on vacation and he was given a clean bill of health by his doctor. McCoy was billed $3,000 for the hotel’s doctor.

The Dominican government ruled the cause of death to be pulmonary edema and a heart attack. But David’s wife now has suspicions after the recent string of tourist deaths in the Dominican Republic.

Wallace’s niece Chloe Arnold told Fox News, “He started feeling very sick, he had blood in his urine and stool right afterwards.” Arnold said her uncle saw the hotel doctor afterward. Then on April 13, the doctor said the man needed to be hospitalized. Robert died on April 14. The family says that authorities have yet to provide them with a cause of death.

On May 25, Miranda Schaup-Werner was celebrating her wedding anniversary with her husband at the Bahia Principe Bouganville resort in La Romana. The 41-year-old woman from Pennsylvania had a drink from her minibar at the resort then suddenly became sick, collapsed and died, according to the family spokesman Jay McDonald.

Much like in the case with David Harrison, the Bahia Principe stated that “Schaup-Werner’s cause of death was determined to be a heart attack” and that her husband “confirmed she had a history of heart conditions.” Relatives say that Miranda was treated for a heart condition years ago but had been in good health.

Five days after Miranda died, a newly-engaged couple from Maryland were found dead at the same resort by hotel employees. Edward Holmes, 63, and Cynthia Day, 49, arrived at the resort the same day that Schaup-Werner died.

On Thursday, Dominican authorities released preliminary autopsy reports for the Pennsylvania woman and the Maryland couple. Miranda Schaupp-Werner had a narrowing of one of her coronary arteries.

The attorney general’s office said investigators found “several pill bottles” of three medications, including the prescription opioid oxycodone, in the couple’s room. The causes of death has yet to be determined as they are waiting for the toxicology report.

After seeing the national headlines about the deaths, several Americans have come forward to say that they got severely sick while vacationing at Dominican Republic resorts. Awilda Montes stayed at the Luxury Bahia Principe Bouganville resort in October 2018. The 43-year-old woman from New York claims that she drank a soda from the minifridge that ended up being bleach.

“I was rushed to the medic and I was given an IV,” Montes told Fox News. “Had chemical burns throughout my mouth.” She claims that she was vomiting blood.

Allegedly after drinking the dangerous liquid that was in a 7-Up bottle, Montes says that the resort said they would “investigate” the situation and offered her “a free couples massage” and a meal in exchange for her silence and “releasing them of any liability.”

“I refused because I honestly didn’t know if I would have any issues once I got home,” she said. Montes says she has “documentation from the doctor I saw when I drank the bleach.”

Kaylynn Knull and Tom Schwander were vacationing at the Grand Bahia Principe La Romana in June of 2018. The couple alleges that the resort attempted to sell them a timeshare but they declined. Shortly after, returned to their room but it had a noxious smell. They said that it had the odor as if “somebody had dumped paint everywhere.”

Then the couple started feeling sick with symptoms of dizziness, blurred vision, stomach cramps and shortness of breath. “We were drooling excessively,” Knull told The Denver Channel. “My eyes would not stop watering.”

The couple from Colorado requested a new room, but their symptoms only intensified. Knull said she suffered from cramps so painful that “it felt like a chainsaw going through my gut.”

“That night, we both woke up soaked in sweat at like 4 in the morning and kind of terrified,” Knull said. “And we booked a flight home before the sun came up.”

Once they traveled back to Colorado, they both immediately saw a doctor. The physician diagnosed them with poisoning from organophosphate, which are chemicals found in insecticide. The couple say they were sick for six weeks.

The couple demanded a refund, but the resort declined their request. The couple also wanted to know what chemicals the resort uses on the property’s plants, but the resort would not cooperate. Kaylynn Knull and Tom Schwander filed a $1 million lawsuit against the resort, but the case has yet to be resolved.

“We reiterate our firm commitment to collaborating completely with the authorities and hope for a prompt resolution of their inquiries and actions and will not be making any further statements that may interfere with them,” the statement continued.

The Federal Bureau of Investigation (FBI) and the U.S. Centers for Disease Control and Prevention (CDC) have opened an investigation of the rash of U.S. tourist deaths in the Dominican Republic.