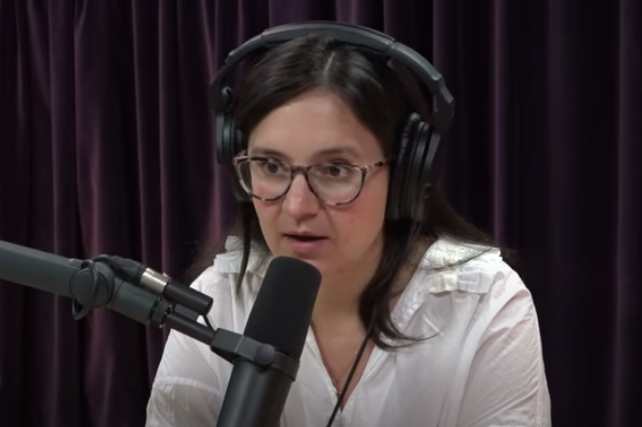 Weiss, a self-described “left-leaning centrist,” joined the Times in 2016 to add more dimension after the paper’s humbling failure to anticipate the outcome of the last election. You may also remember Weiss from calling Tulsi Gabbard an “Asaad Toady” on Joe Rogan’s podcast and then not being able to define what a toady is. I still don’t know.

Regardless, whatever goodwill the 36-year-old accumulated with her colleagues over those four years vanished in the time it took her resignation letter to hit their inboxes.

In the 1,500-word goodbye, Weiss railed against the publication’s preference of digital consensus over truth, or the pursuit of it.

Wow…. If you read only one thing this week, read this eloquent, profound, incisive—and true—letter. https://t.co/ZzTJGPFdqD

But the lessons that ought to have followed the election—lessons about the importance of understanding other Americans, the necessity of resisting tribalism, and the centrality of the free exchange of ideas to a democratic society—have not been learned. Instead, a new consensus has emerged in the press, but perhaps especially at this paper: that truth isn’t a process of collective discovery, but an orthodoxy already known to an enlightened few whose job is to inform everyone else.

Twitter is not on the masthead of The New York Times. But Twitter has become its ultimate editor.

…Stories are chosen and told in a way to satisfy the narrowest of audiences, rather than to allow a curious public to read about the world and then draw their own conclusions. I was always taught that journalists were charged with writing the first rough draft of history. Now, history itself is one more ephemeral thing molded to fit the needs of a predetermined narrative.

If someone like @bariweiss feels like she can’t do her best work at the @nytimes they should make some real changes over there.

Weiss has received backlash in the past for her skepticism of the #MeToo movement, the Women’s March, and campus activism, claiming the over-exuberance of the far left can backfire.

Bari Weiss, so desperate to prove the existence of cancel culture that she canceled herself

The resignation letter also took aim at New York Times staffers, who allegedly bullied her for her dissident views in between penning the publications “4000th op-ed arguing that Donald Trump is a unique danger to the country and the world.”

My own forays into Wrongthink have made me the subject of constant bullying by colleagues who disagree with my views. They have called me a Nazi and a racist; I have learned to brush off comments about how I’m “writing about the Jews again.” Several colleagues perceived to be friendly with me were badgered by coworkers. My work and my character are openly demeaned on company-wide Slack channels where masthead editors regularly weigh in. There, some coworkers insist I need to be rooted out if this company is to be a truly “inclusive” one, while others post ax emojis next to my name. Still other New York Times employees publicly smear me as a liar and a bigot on Twitter with no fear that harassing me will be met with appropriate action. They never are.

There are terms for all of this: unlawful discrimination, hostile work environment, and constructive discharge. I’m no legal expert. But I know that this is wrong.

Everyone is retweeting the @bariweiss resignation letter, and for good reason. It has been shocking to see the @nytimes succumb to the hysteria, dogmatism, and cruelty of "woke" identity politics. This is how real journalism ends. https://t.co/ftjjyG4ZDH

While it’s unclear what’s next for the 36-year-old, New York Magazine contributor Yashar Ali tweeted, “Over the past few weeks I’ve repeatedly heard rumors from sources that Bari Weiss and Andrew Sullivan were going to work on a project together.”

I’d say Bari’s future is a lot more promising than the NYT’s. https://t.co/2OtctqyCaE

At the time of this writing, Sullivan, columnist and blogger, just resigned from New York Magazine one hour ago.