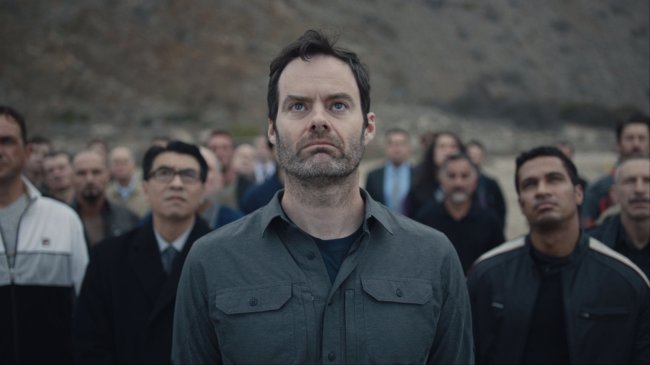 Editor’s Note: This article will contain spoilers for the entire third season of HBO’s Barry.

When Barry first premiered on HBO back in 2018, many television fans expect the new Bill Hader project to be similar to his unflinchingly hilarious work in the past: Saturday Night Live, South Park, Superbad, and so on and so forth. After all, with a basic premise of a hitman trying to become an actor, the comedy was built into the synopsis, was it not?

What the show was and ultimately is, though, is far different from that original perception, as the third season of the now-revered HBO dramedy just wrapped up a stunning and unrelentingly bleak third season that genuinely reminded me of an inverse version of Breaking Bad.

My adoration of Barry‘s third season, and its finale in particular, is certainly not an isolated incident as praise for Bill Hader has been pouring in from all corners of the pop culture world.

Season finale and just the entire season of #Barry was such high level work all around. Acting, writing and directing.

There is a scene in the latest episode of Barry that pays off an otherwise throwaway line from earlier in the season in the most… spectacular way possible.

There is no one directing TV quite like Bill Hader right now. I can’t fucking believe this show, man. https://t.co/1ZWNr06VCi

This scene was so good, Bill Hader is the best director working in TV today https://t.co/UulDiOYc4W

Somebody please hire Jordan Peele and Bill Hader to make a movie together. #BarryHBO

#Barry season 3 is a masterpiece in storytelling. Some of the most gripping episodes ever on television. Powerhouse performance and Bill Hader is one of the best tv directors right now. He, needs to do a feature film. The way this show balances humor and drama is extraordinary pic.twitter.com/OshpiuUtyB

I don’t want to spoil anything. But Bill Hader just gave one of the greatest dramatic performances in an episode of tv I’ve ever seen. #barry

this shot of hank having his first violent moment of the series if not his entire life while passing by a portrait of cristobal’s family as he’s on his way to discover the love of his life undergoing conversion therapy… bill hader im gonna kiss you on the forehead pic.twitter.com/TuzOEZsL9G

This should be a t-shirt. Seriously. #Barry pic.twitter.com/wZjV2hrvC5

I’ve said it before and I’ll say it again. “Barry” is an immediate classic we’ll still be talking about 25 years from now.
Bill Hader might be the most talented person working in Hollywood and that doesn’t even include Stefon. pic.twitter.com/8zRMQIWlqR

Luckily for fans of Barry, the series was already renewed for a fourth season ahead of Sunday night’s finale, meaning the episode’s incredible cliffhanger ending will certainly be answered.