1989’s ‘Batman’, Largely Credited With Reshaping The Film Industry, Almost Had A *Much* Different Bruce Wayne 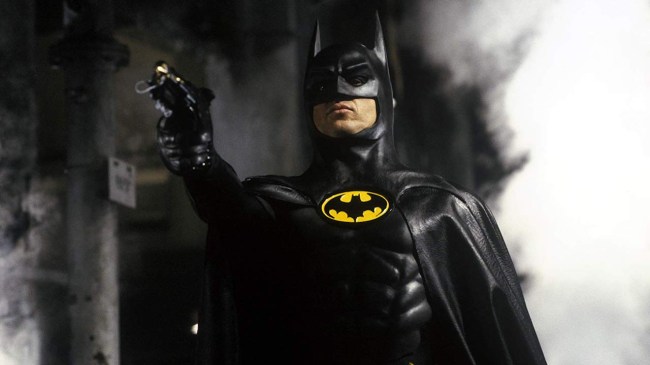 While Batman is now officially a three-decade-old film, experts within the movie industry still point to its 1989 release as a turning point in Hollywood.

Directed by Tim Burton, Batman showed major Hollywood studios that they could not only rely on previously existing intellectual properties, but those properties — despite being created for children — could be marketed to adults.

However, that doesn’t mean that Batman was a guaranteed game-changer from the jump, as Warner Bros. originally had a much different vision for the film, particularly when it came to who would play the titular DC Comics superhero.

In a recent interview with SyFy Wire, Sam Hamm — who was one of the two screenwriters of Batman — revealed that Warner Bros. was more concerned with the casting of Batman than the casting of Bruce Wayne, leading them to initially target an action star for the legendary role.

“There were a lot of people at Warner Brothers who wanted to cast it with an action star. They wanted to cast the part as Batman, as opposed to casting it as Bruce Wayne,” Hamm explained. “You have to make Bruce Wayne work, because Batman is, for the most part, going to be a stunt guy, or it’s going to be somebody running around in a costume in long shot.

“You don’t need the martial arts expertise of, say, Steven Seagal or somebody like that because you can fake all of that kind of stuff. Seagal was one of the people that was suggested to us.” [via SyFy Wire]

That’s right folks, Steven Segal — who is perhaps better known by today’s generation for his South Park caricature than his actual filmography — almost donned the iconic cape and cowl made famous by Michael Keaton.

And while aiming to cast an action star may not have been a death sentence for the film, it’s who that action star was that has fans thanking god WB ultimately changed course.

Luckily, Warner Bros. eventually made the right decision in casting Keaton (and also some guy by the name of Jack Nicholson) and has since been given credit for giving birth to the tentpole-driven film industry that we know and love (sometimes) today.