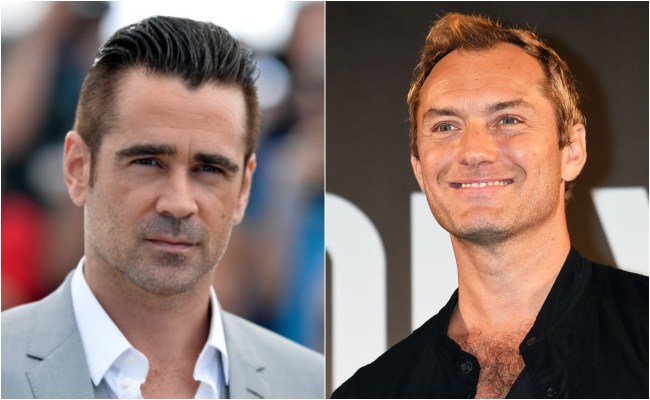 Take those jokers over at Quibi, who are hemorrhaging money because they didn’t realize quite literally no one is looking for 10-minute episodes of content that can only be streamed on your phone. I legitimately feel like an idiot just saying that out loud. Now they’ve got their founder Jeffrey Katzenberg out there making a joke of himself as he blames the company’s easily predictable struggles on our current global situation. Ah, yes, indeed — people being trapped in their homes with nothing to do but stream content is that exact reason why your content streaming service is failing! Bravo!

This happens all the time in LaLa Land and the examples are endless: that Hellboy reboot with David Harbour, the live-action (?) adaptation of Cats, cramming the final season of Game of Thrones, etc, etc, etc.

Luckily, though, sometimes movie studios avoid becoming victims of their own blind ambition and rightfully decided to scrap preposterous-sounding projects, such as this Batman vs Superman movie from the early 2000s that would have featured Colin Farrell as Bruce Wayne and Jude Law as Clark Kent.

In a recent interview with Collider, Academy Award-winning screenwriter Akiva Goldsman pulled back the curtain on that failed Batman adaptation, saying it was the “darkest thing you’ve ever seen.”

RELATED: This Unearthed ABC Family Commercial That Pitches ‘Batman Begins’ As A Romantic Comedy Is A Total Acid Trip

“I wrote on […] this version of Batman v Superman [around 2001or 2002]— when Colin Farrell was cast as Batman and Jude Law was cast as Superman and Wolfgang Petersen was directing —we were in prep and it was the darkest thing you’ve ever seen. It started with Alfred’s funeral and Bruce has fallen in love and renounced being Batman, the Joker kills his wife, and then you discover it was all a lie. Just that the love itself was constructed by the Joker to break [Bruce]. It was a time where you would be able to get these sort of stories together in script form but they couldn’t quite land in the world. Somehow, the expectations of the object — whether they be audience or corporate or directorial — it wasn’t landing quite in the way I think we imagined when we put them on the page.” [via Collider]

Goldsman’s scrapped Batman vs Superman project isn’t the only ill-fated attempt at adapting the character from that era, as there was also Darren Aronofsky’s hyper-dark and frankly disturbing vision that was in the works prior to Christopher Nolan’s hiring to reboot the Caped Crusader on the big screen.

As we now know, Christopher Nolan ultimately stepped in to save the cinematic future of the Dark Knight, producing perhaps the greatest action trilogy of all-time.

Batman will next be seen on the big screen when Matt Reeves’ The Batman hits theaters on October 1, 2021.