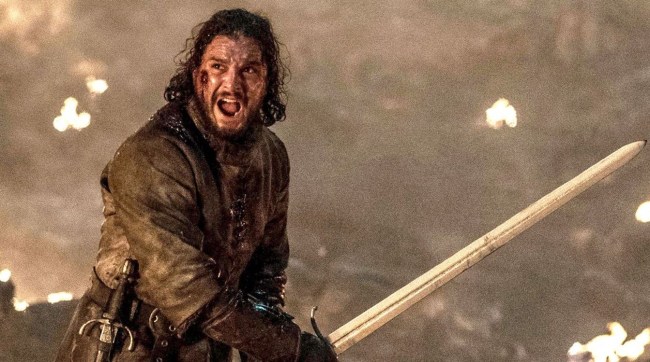 Can you believe it hasn’t even been, like, nine months since Game of Thrones went off the air? And yet, whether by choice or by accident, the series has seemingly been wiped from our memories, largely due to the awful taste left in our month by the final six episodes.

Whether it be the laziness of the directors to not notice various modern-day items such as Starbucks cups and water bottles, the abruptness of Dany’s descent into madness, or the cringe-worthy explanation of why Bran deserved to be king, fans of Game of Thrones were simply unimpressed by Thrones final season.

However, of all of season eight’s failures, perhaps the most devastating was the supposedly-climactic Battle of Winterfell, which was marred by poor lighting, emotionally-bereft plotlines, and nonsensical action. So nonsensical, in fact, that it’s taken almost nine months for GoT fans to notice yet another absolutely head-scratching choice made by our heroes in that episode.

As this Redditor points out, you can now add a list entry for Jon Snow and others’ failure to use the copious amounts of dragonglass from Dragonstone to craft a critical weapon.

The user mentions that despite dragonglass being found in Game of Thrones Season 7, no one thought to make arrowheads of it to use on all the White Walkers, wights, and even Viserion. By all means, there wouldn’t seem to be any logical reason why Jon Snow and his allies failed to craft as many arrowheads as possible ahead of the battle. [via ScreenRant]

While the shortcomings of Game of Thrones’ final season have been well-documented, this latest “duhhhh” realization makes the ultimately underwhelming Battle of Winterfell even more disappointing.