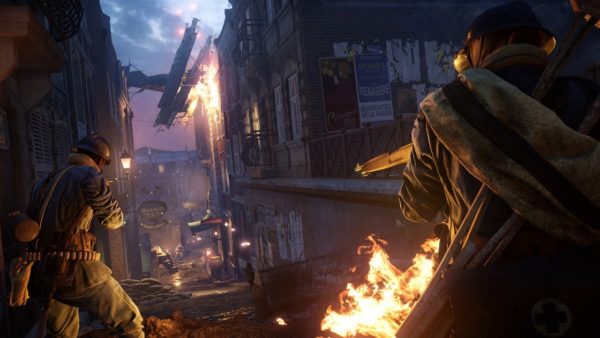 Starting tomorrow, Tuesday, January 16th, everyone will be able to play the nighttime map “Prise de Tahure,” which was previously premium DLC. EA will also offer a separate “Gallipoli Trial” from January 16 until Monday, January 22 that will allow gamers a chance at playing a portion of the “Turning Tides” expansion and other DLC maps including ones from “They Shall Not Pass” and “In the Name of the Tsar.”

Battlefield 1 players can storm the Gallipoli peninsula in Turkey for a limited time. Meanwhile, Battlefield 1 Premium Pass users will have the North Sea campaign of “Turning Tides” available to them. New maps include “Zeebrugge” and “Heligoland Bight.” New military additions include the British Empire Royal Marines and the new C-Class Airship.

Battlefield 1‘s Operations Campaign mode, which combines Conquest’s 64-player battles with aspects of Rush, was also made available to everyone. Those playing the campaign without the Premium Pass won’t get to use the weapons and vehicles that come as part of the expansion.

All of this free premium content is to re-engage Battlefield 1 players so they get excited for the next expansion called “Apocalypse.” EA teased the new expansion pack by saying, “The road to hell is paved with fantastic content drops. And stay tuned for fresh intel on Battlefield 1 Apocalypse – it is imminent.” Previously, Electronic Arts promised that “Apocalypse” would feature the “nightmarish horrors of the Great War” as you “descend into hell.” Can’t wait.