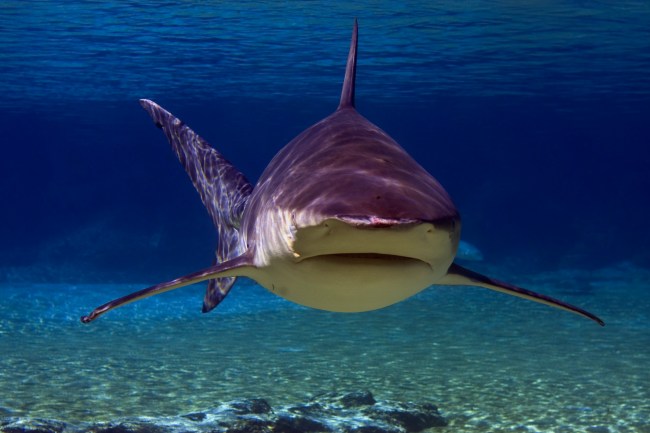 Furthermore, the odds change across the different species of sharks. Bull Sharks account for more shark attacks than any other shark species. They can live in freshwater for years and have been found hundreds of miles up the Mississippi River.

A beach in Australia was closed this week when FIFTY bull sharks were spotted in the clear water. A large group of surfers decided to stay in the water despite the town’s mayor deploying a helicopter to try and get the surfers away from the sharks until it was safe to go back in the water.

As you can tell from that video above, the town’s mayor was pretty ticked off at the surfers for staying in the water. For starters, if anyone gets attacked that will TANK tourism in the area. Second, it was probably pretty damn expensive to deploy that helicopter to get the surfers out of the water.

Here’s the report from News.com.au:

Garry Meredith from the SLS said he’d “never seen anything like it” according to The Northern Star. Mr Meredith suggested the inflated shark numbers could be linked to a low tide and the seasonal mullet run, supported by the Richmond River which runs into the ocean at Ballina.
Beaches in the area were not actively being patrolled, but extra crews had been called on to monitor the unusual situation.
When the shark alarm was rang this morning, about 12 surfers were in the water. Groups of people had reportedly gathered in the local area to watch the sharks from the North Wall.

The mayor certainly acts like there were more than a dozen surfers so maybe this report is limited to one specific area and there was a large swath of beach closed, or maybe there’s just a conflict in reporting.

Bull Sharks are a species you need to give EVERY BIT OF RESPECT to because they are unpredictable. If you see a bull shark in the water, you get out. It’s as simple as that. There’s no reason to risk an attack. But that’s not the way it is in a surfig lineup. Surfers feel a strength in numbers when they’re huddled closely together waiting to catch waves…’How is that shark going to attack me when there are 20 of us out here?’

Well, when there are FIFTY BULL SHARKS in the water and more than one shark per surfer there’s plenty of potential attacks to go around. Fortunately for the surfers, the Mayor, the rescuers, tourism, and the actual sharks themselves, nobody was hurt and everything seems to have resolved itself.