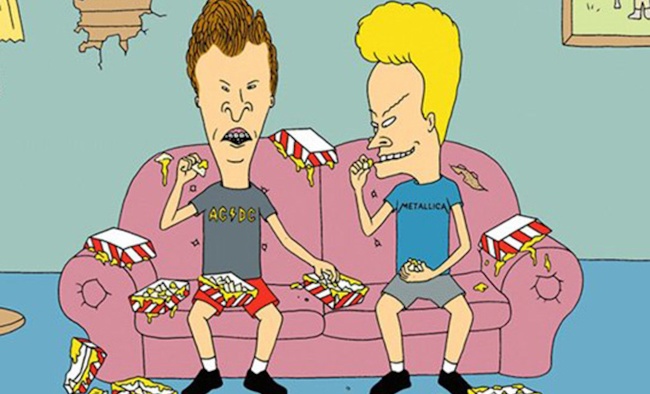 Mike Judge, the creator of Beavis and Butt-Head, hopped on social media to share a first look at the updated versions of the beloved slackers, who will be making their return with a new movie “and more” on Paramount+.

Unlike most cartoon characters, though, Beavis and Butt-Head have aged quite a bit since the last time they graced the airwaves, as the pair is now firmly in the throes of middle age.

Beavis and Butt-Head will be returning this year with a brand new movie and more on Paramount+. No exact date yet, but soon. They need some time to get back in shape. pic.twitter.com/tN5rePP9Kn

“We are thrilled to be working with Mike Judge and the great team at 3 Arts again as we double down on adult animation at Comedy Central. Beavis and Butt-Head were a defining voice of a generation, and we can’t wait to watch as they navigate the treacherous waters of a world light-years from their own,” Chris McCarthy, the President of ViacomCBS, said in a statement when the project was announced back in the Summer of 2020.