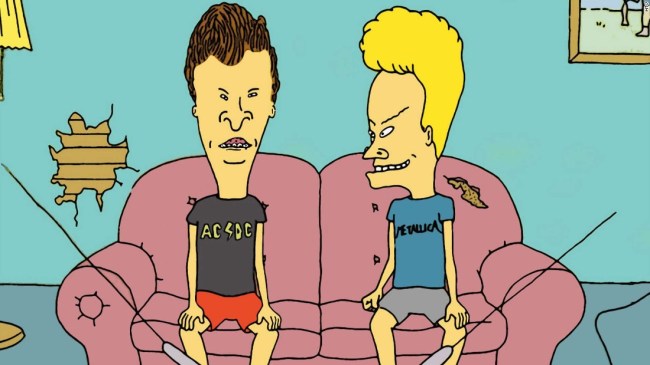 Where you at now, reboot haters? Huh? Similar to anti-vaxxers, y’all are pretty quiet these days, huh? I don’t care how much you despise the neverending Hollywood reboot-remake-sequel-spin-off machine, Beavis and Butt-Head coming back into our lives out of the clear blue sky is a win.

According to The Hollywood Reporter, the series original creator, Mike Judge, is set to “re-imagine the franchise as part of a sizable deal that includes a two-season order and plans for additional spinoffs and specials.” The beloved and brash teenage couch potatoes will enter a “whole new Gen Z world with meta-themes that are said to be relatable to both new fans who may be unfamiliar with the original series and old.”

“We are thrilled to be working with Mike Judge and the great team at 3 Arts again as we double down on adult animation at Comedy Central. Beavis and Butt-Head were a defining voice of a generation, and we can’t wait to watch as they navigate the treacherous waters of a world light-years from their own,” Chris McCarthy, the President of ViacomCBS, said in a statement.

Beavis and Butt-Head originally ran on MTV for seven seasons from 1993 to 1997, before being revived for an eighth season back in 2011. Following the conclusion of Beavis and Butt-Head, Judge went on to create other successful comedy series such as King of the Hill and Silicon Valley.

“It seemed like the time was right to get stupid again,” Judge said of the cartoon’s return.