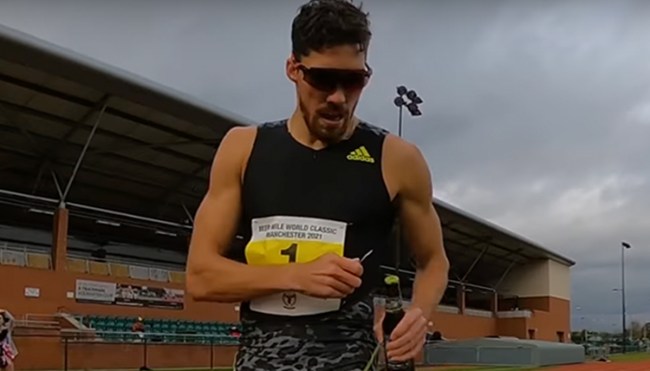 As a fairly unathletic middle schooler who wore jeans with “Husky” on the label, there was no single day of the year I dreaded more than having to run the mile in gym class. Those four laps were torturous enough on their own, but in 1989, some runners in Canada decided to make things even more difficult for themselves by introducing a new twist during the first recorded “Beer Mile” in history.

The concept was fairly straightforward: run a mile as quickly as you can while also drinking four beers in the process. A few years later, two of the participants in the inaugural race established what were dubbed the “Official Kingston Rules” after introducing the Beer Mile to their college buddies, which stated

Those regulations have been tweaked and refined over the years as the Beer Mile became increasingly sophisticated to a point where it now has a governing body that hosts a yearly world championship. On October 23, 2021, runners from around the world flocked to a track in Leigh, England for the 7th annual Beer Mile World Classic, where Canadian Corey Bellmore was hoping to break the world record of 4:33 he set in 2017 and bounce back from the “reversal of fortune” that negated the 4:24 mark he would’ve other posted the following year.

Bellmore was able to do exactly that, as he pounded four Beer Mile Lagers from Canada’s Flying Monkeys Craft Brewery on his way to officially setting a new Beer Mile world record with a time of 4:28 (the race in question kicks off at the 16:30 mark in the video below).

Bellmore may have avoided puking this time around, but the same could not be said for a few of the runners who couldn’t stop themselves from throwing up over the course of the competition. At least they can try again next year.